Hi guys , some of you are aware I’ve had some nice 5’s 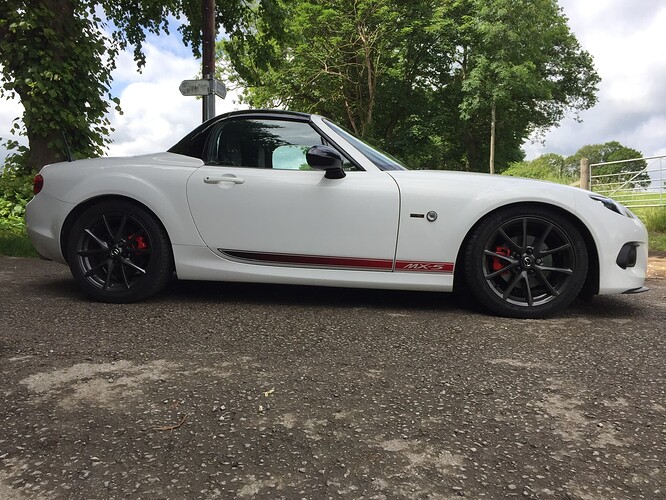 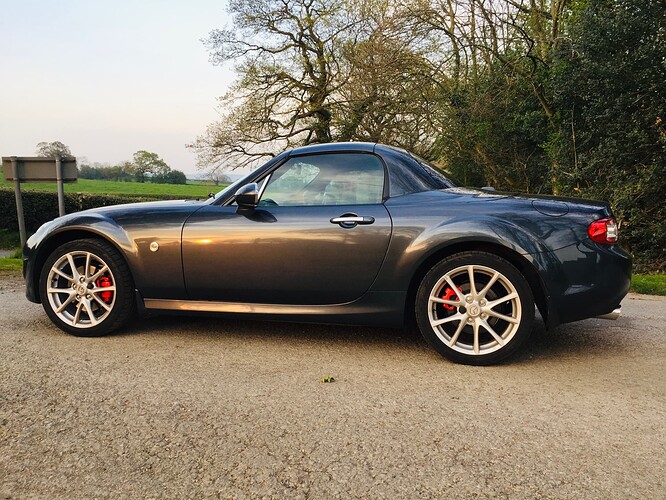 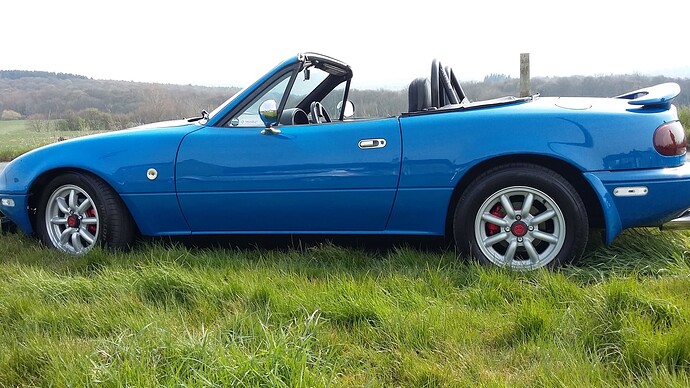 But now I’m thinking of maybe a change 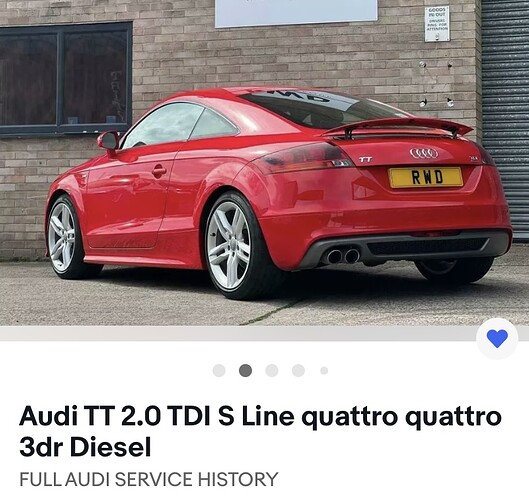 What to look for , what to avoid

Ps , I’ll still be lurking around here too

test drove one before buying the mx5.
its bigger and heavier and tbh less roomier than the nc.

Hi
I owned a TT and had it for 9 months. By comparison to the three MX5’s I’ve owned since the TT, my view is this.

The TT was OK to drive but no where near as much fun as the 5.

The TT was a much more practical daily driver. Much better boot space. I had the quatro version and it went round corners as if on rails and pretty good to drive when the road was icy / snowy

However the TT ended up being the most unreliable car I’ve owned in 40 years of driving.
The faults that I can remember were-

A succession of blown fuses, never the same one and no obvious reason for them blowing.

A fuel filler that would not unlock even with the emergency pull cable. A faulty actuator.

A heated mirror that didn’t heat. It took Audi UK three weeks to get a replacement from Germany.

A boot lid that wouldn’t unlock. The lock had to be replaced.

A roof that got stuck half open which was diagnosed as a burnt out motor.

Eventually after my solicitor got involved I was given a full refund.

So, as you may suspect by now I’m well and truly in the MX5 camp. I’m not sure anything would tempt me back to another TT.

I note with interest that What Car currently lists Mazda as 8th most reliable car manufacturer with Audi down in 18th place so it appears that Audi haven’t improved much if at all.

If you want the TT then I recommend getting a good warranty with it.

My daughter had a TT convertible some time ago. I never enjoyed driving it, thought it felt heavy. They look “pretty” but just wonder if you will miss the true sports car feel of the 5.
But as always “your money”. Good luck whatever you do.

I had a Mk1 from new and drove it for 4 years. Was a great car tbh although it needed a couple of known things fixing under warranty. Upsides were, it looked unique, it was fast (enough), it was solid, it had rear bench seats. Downsides were, it could feel heavy at times and the steering was a little vague, the rear bench seats were only practical for children and the cabin was dark due to the narrow windows caused by the low roofline.
Im sure they probably improved the dynamics on later models while keeping the solid build and looks.

Had an Mx5 Merlot before i owned the TT and thats the car i have gone back and bought after 20 years because i just remember the sweet handling.

Not owned one but a good mate has an RS (I think) and loves it when it’s not broken down, which has happened too often.
Expect big bills is what I hear when VAG goes wrong…

I can only speak for petrol version but they are a fantastic car fast and economical, super handling and I think they look great . Build quality is top line and as an added bonus they don’t seem to rot so bad . Cam chain tensioner had issues 2009-2012 but mostly reliable.

I don’t believe reliability surveys ,the only reason Hondas are always near the top is all the owners are over 80 and a chuffed to bits when they start up as required

Had a Mk3 TT (Daytona Grey S-Line Quattro S-Tronic with a lot of options including the sports seats) from new - 2015 until late 2018. Wouldn’t have a diesel version - never seemed to be the right option for this car. I think the petrol version averaged about 37mpg. Certainly quicker than the MX5 and had a lot of extra tech (which I probably didn’t use). Loads of space in the boot and back seats (but not for actual people with legs!). Superb cabin and I liked the look and feel of the car. Really enjoyed the car and travelled a lot in Europe and the UK (think it had about 40k miles when I gave it up) - no problem at all covering lots of miles in one hit. I wouldn’t really call it a sports car though - more like a sporty coupe. The Quattro version always felt really planted whether on wet or dry roads and handled snow without any major issues. The trouble was, I got my Mk3 MX5 in 2016 and found that I increasingly went for the MX5 keys so I moved it on and kept the MX5 - I have since added the 30AE so that maybe says it all. 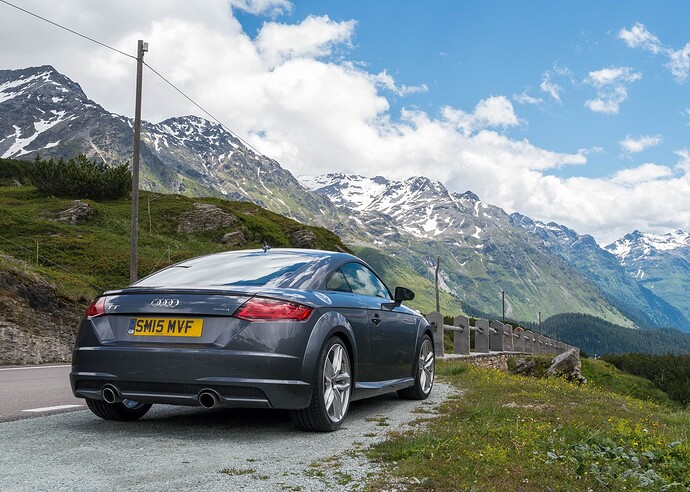 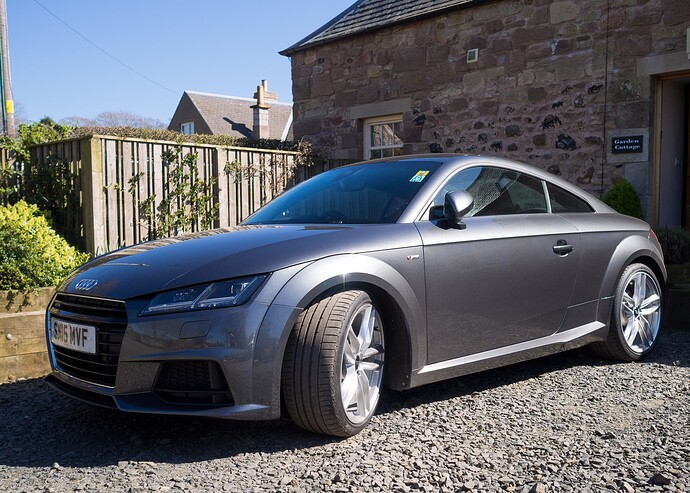 You know you’ll be selling it again within six months Geoff.

Sorry, I don’t know anything about them, I don’t really like them, helpful, well not really.

Gut feeling for you Geoff, don’t do it.

I’m not very helpful am I.

If I was being unkind, I’d say the TT is a Golf GTI in a pretty frock.

The interior is very nice, certainly more practical than any MX-5 too. But it ain’t no sports car, no RWD LSD fun here, it’s a hatchback derived coupé.

reverse phycology and all that

As the old saying goes, you don’t own a TT you support one.

My wife loves her TT. It’s pretty and makes a nice noise. It’s a complete pain to work on and it has so many different control modules that an expensive repair is always just around the corner. I won’t work on hers anymore as it’s such a pain to do even the simple things. To replace the oil filter requires about 30 different fasteners with different size heads just to get to the blummin thing. I replaced the brake discs last year and frankly the thing was lucky I was not armed.

On the plus side there is a good community around those cars, they really are just a pretty golf, spares are easy to get hold of and garages know how to work on them and have the right electronic tools because they are basically a posh VW

And There is Me Thinking You Are an MX5 Man

Not sure how much you have to spend but have you considered BMW 2 Series coupe still keep that rwd and it is very practical? I’ve just bought a 220i as my daily and I must say I do rather like it. I apologise if I offend anyone by posting BMW pics on a MX5 OC site 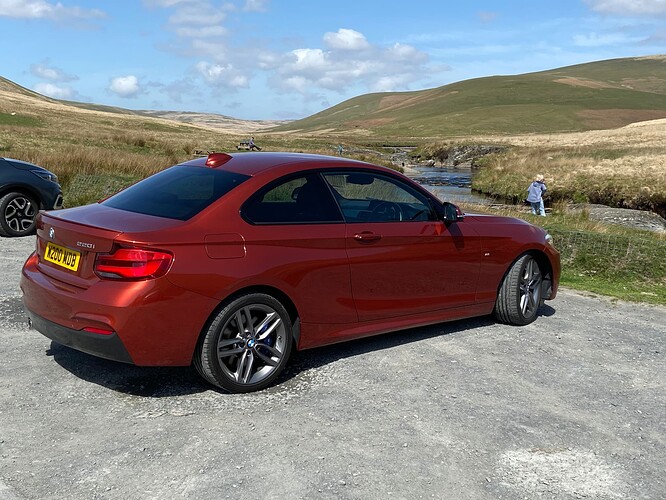 …we have also been looking at a possible long term replacement after 20+ years of MX 5 ing. Mainly something a bit more comfortable and practical. However never seen much point to a coupe?..all the restrictions of space, and none of the benefit of open top motoring?

Not sure what we will eventually end up, can’t really afford a boxster…possibly one of the Merc convertibles??