I have a 2010 2.0 tdi Quattro S-Line and its a great drivers car with excellent fuel economy plus being 170bhp ins no slow coach. This is my daily driver and I have a 1990 UK MK1 for sunny day’s, the best of both worlds. The only slight down side is neither of them carry much !

We used to have a TT tin top. An S Line, ust the 180 petrol engine and manual box, was on an '18 plate and we had it from new. Echo the unreliable comments above - ours had a ‘common fault’ that the garage were unable to fix which eventually got tiresome and we got rid. The coupe has frameless doors which drop a few mills when you touch the door handle. On ours (and lots of others if you check Google), when there was a hard frost the fuses would burn out leaving you stuck with open doors that you couldn’t close without replacing the fuse. Useless. And meant that my Mrs was stuck at work a few times on a night. Her new E Class Merc Coupe has a similar design but has never failed.

It was fun to drive the TT, she had the satnav upgrade which gives you flashy virtual speedo and rev counter with the maps overlaid behind them, very nice. We had a great drive down to the Italian Lakes in it the first Summer we had it. Nice gearbox too. And fast enough for us, although the Merc she has now is a lot quicker.

Poor response from the dealers and that niggly fault meant we really never trusted it over winter and I was pleased to see the back of it in the end. The wheels (although unscuffed) corroded too.

Some of the earlier TT with the 2.0 engines have some issue with piston rings, they burn a lot of oil, it’s the reason I stayed clear of them. I think you need a 2013 onward model to try and reduce the chances of that being an issue.

I would get a manual version as the DSG systems have 2 common faults, each are around £1000 to fix.

If you wanted a hardtop car that’s a coupe then the GT86 exists? A good drivers car apparently, never driven one. Seem expensive to me the GT86 for what you’re getting.
Personally the small power band of the N/A engine isn’t really my thing and I guess I got bored of it and did start looking at turbo cars like the TT.

The BMW 135i, Ford Fiesta ST 180 and Bmw Mini F56 Cooper were other options.
I think in regards to Mk1 and MK2 MX5 the fun factor is very good but mk3 mx5, plenty of other cars will beat that on fun factor.

Thanks everyone so far for chipping in

Seems a bit of a mixed bag of comments

The 2.0 tdi Quattro coupe would be my choice

if I did take the plunge

I would really find out the engine code for such a car and see how reliable the lump and what potential issues might arise. I know some of the 2.0 tdi lumps have excessive oil consumption but not sure if VW put those in a TT. (VolkswagenAudiGroup)

For me the diesel doesn’t make a nice noise, it’s heavier, more expensive to repair and will have DPF filters so you’ll need to take it on motorway runs to make sure it doesn’t clog up. Then there’s all these clean air zones in cities so older diesels are probably one of the most depreciating vehicles around, unless it’s euro 6.

I’ve owned a 2015 TT 2.0 TFSI DSG Quattro Coupe since new and it’s been faultless; reliable, fast, fun to drive every day as well as on longer trips to France and Germany. Managed 51 MPG while M4 commuting, usually get around 30 MPG here on the Island. Handling is on another level compared to the MX-5, as is the build quality. I paid around the same sort of money for both cars (admittedly 6 years apart) and the Mazda feels plasticky and cheap by comparison. But it makes me smile like nothing else.

I can understand why you’re looking at the TT, the mk2 2.0 2wd cars seem to get the best reviews. My MX5 is a fantastic experience to drive but being a 17 yr old car with a ‘tight’ cabin and no a/c some long drives in summer on the motorway are an uncomfortable slog. My wife says “why didn’t you take the Volvo” to which I reply “because when I get off the motorway on B-roads and drop the hood all of that is forgotten”

Now if only Volvo made a ‘VX5’

Its not really comparing apples with apples.for me…
I have had 2 TT’s in the past and other than the image thing which i got past i found both to be typical Audi’s; reliable, expensive to service and unfortunately a bit bland. The passion we have as an MX5 owners group for me is testimony to the history and ethis of the 5. Affordable, fun and hard tonlive without when they get under your skin… The Audi is a bit more sterile and clinical… great car but built by techinicians who wanted to get into a market where as the 5 was a spiritual succesor to the 50’s and 60’s Italian and British roaddstwrs but that didnt let you down at the side of the road every time it rained lol… i am sure you will enjoy whatever you drive but nothing makes you feel as alive as a 5 lol 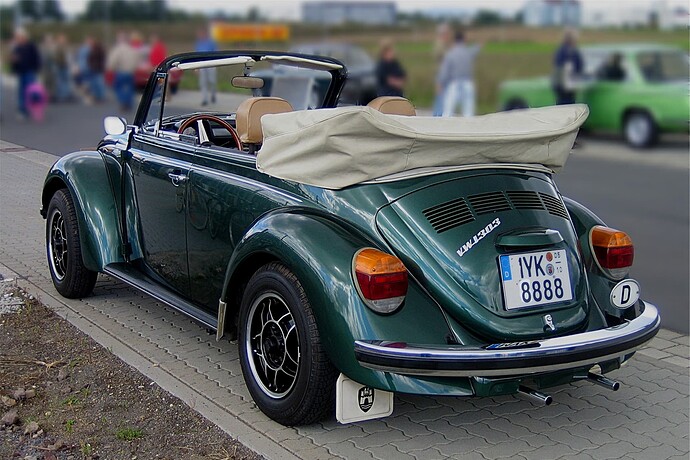 As I Was Being Tongue in Cheek

i knew you were pulling my leg

maybe 20+
I quite like the sound of a Diesel engine

The timing belt is probably (hopefully) the most expensive service item / maintenance/ repair cost ,
( I’ve heard the 2 litre petrol has timing chain issues around 60 -70 k miles which is an expensive fix )

DPF/ EGR issues , the car will be given a good run out most weeks so hopefully keep those sweet 🫣🫣

Still not sure which way I’ll jump

I would only buy the TT RS purely for the 5pot engine. Sports car it is not, more of a GT type car. Definitely not diesel but each to their own.

Having worked for Volksagen and Audi im afraid to say they are not what they used to be. Electrical faults spring to mind. If you go for a TT go for a low mileage original. …all modern cars have become a bit soulless for me.

I enjoyed this post very much indeed. I also sympathise with it a great deal

Own both, had a NC from new 113k miles followed by TT mk3 Quattro petrol 98k miles Now acquired a NA for fun and pleasure. TT great mile eater but feels remote compared to a MX5. If you enjoy the journey it’s a 5

Maybe a bit late but from experience i wouldnt touch a diesel one
Egr valves
DMF problems
Injector seals and injectors
and if you dont use it for long runs a lot of DPF issues
Thats ownership and working on vehicles for the last 35 yrs especially vag cars
And im 100% Petrol only would never buy a modern diesel from the last 10yrs maybe longer
TT itself is ok as reliable as anything these days as everything has issues
anyone who tells you any different is either deluded or trying to sell you a car .
Have fun with whatever you buy .

what sort of car do you want, and what is your budget?

TT is ok as everyday car and cruising, so maybe the diesel is ok - but it’s already heavy with not great handling, and the heavy engine of a diesel will make that a lot worse. So it’ll not be nimble, electrifying, but will be comfy.

If you want a faster nimble larger MX5 and have a slightly better budget, and like VAG, what about a good used R8? £30k or so gets you supercar looks and speed with better reliability, a decent fun factor and comfort.

Or consider keeping the MX5 and adding in something like a Mark 5 Golf GTI - 5 seats, comfortable, cruising easy, but if lowered slightly and gently tuned, a fine handling weapon of a vehicle for modest outlay.

My advice is if you are in a financial position to buy one just go for it. Better to experience the car for yourself and learn what the TT is about.

Looks like you like chopping your cars around so why not just try it. If you don’t like it we can decide what you can buy next in 6 month’s…