Yes once you acclimatise.

…yes, particularly if they come with flappy paddles?

The mx-5 is the only manual we have now and if we replaced it, it would be with another manual mx-5. It’s just nice to drive a “proper” car. The Audi S3 I also own is DSG and in no way could you change gear as quickly in a manual, this helps to make it extremely quick. My partner’s Mercedes-Benz SLC has a 9 speed slush box and is so smooth you can’t feel the gear changes. Horses for courses.

I’ve owned one auto Eunos and thought it was very good indeed! Old school box but held in 2nd on twisty roads, as good as any manual, dare I say, better?

Our main car A6 S line Avant is manual and a great drive but took son in law’s MB 220 dci estate in for service this morning and really liked the auto box. No idea how many speeds? Maybe 8 or so

I had a golf GTi with a DSG box (having had a manual before, as I wanted a golf ball gear knob!!) and it was excellent. For a car like that which I used to do many miles, it was ideal. However I specifically bought the MX5 as it has a manual gearbox and for me, the interaction with the car is key to its enjoyment. I change gear down a country road far more than I need to as it has an excellent box and I enjoy changing gear.

However not everyone feels like this and that’s fine, but for me it is not bout the speed but the interaction. I have had faster cars but they were less enjoyable.

Our Mercedes-Benz SLC doesn’t drop into top (9th) until you’re at motorway speeds!

Right, never got there, just local roads journey to garage.

Just find a manual a lot more fun than our VW GTi with DSG.

Has it said the software update to fix the dodgy emissions?

Yes it was updated some time ago, they wouldn’t tell me what the update was, but I know now!

I saw a lovely pale blue NC auto PRHT just before I bought mine and seriously considered it, but it was sold very quickly because apparently they’re SO rare.

I find the gear change on my manual MK1 a delight to use, I’ve just sold my BMW Z3 3.0 auto for something more ‘pure’ and engaging and the MX5 excels.

The only other manual gear change that has given me more fun was on my old Cerbera, but for the money I don’t think you can beat the Mazda. Would like to try a Honda S2000 one day though.

If you feel the need to improve I can get you proper lessons. 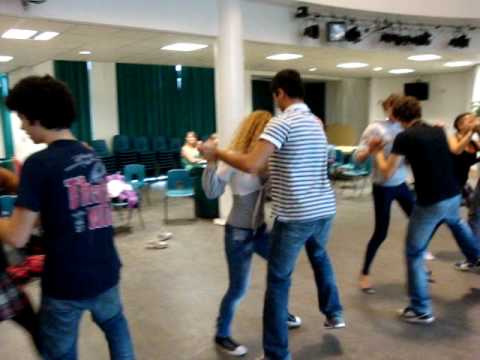 I’ve got an ND auto, I had an NC manual before, I totally love the auto in every way, but they’re not for everyone and I guess if it’s a second car then it’s nice to play with a manual. Having said that, I can put the auto into manual, switch on sports mode and use the paddles. Get one of each!

So that’s what passes for culture north of the Border is it ? I’ve often wondered …

I’ll arrange our Culture Secretary to PM you a brochure.