COVIDIOTS. Urban dictionary term for someone ignoring the advice given by government etc. Well,got my first taste of this earlier, unfortunately. Mrs B and myself, took the dog out on my usual walk which is generally very quiet, although I do see the regulars en route. Practising social distancing and showing common courtesy to other users of the partly wooded walk. We approached a narrow bridge that spans the M62 and were confronted by (I presume) a family of 6 or 7 people,spread out across the entire width of the bridge which is approximately 6metres. They were all sat on some very large stones set across the bridge to prevent vehicles crossing it. They all saw me and Mrs B approaching but made no attempt to move to one side, allowing us on our way. They just turned away and continued sitting there. As we got nearer, I shouted for them to allow us sufficient safe room to pass, which they ignored. I then had to get a bit more assertive to get my point across to them. They ignored that too! So what do you do in a situation like that? I’ll tell you what I did. I had to get angry with them, I told them what a bunch of inconsiderate idiots they were and asked them which planet had they come from. Had they not listened to any of the government announcements regarding social distancing etc. Reluctantly, the father and his son started to move sideways on the stones but not anywhere near enough to allow a reasonable distance through. At this point, the son was looking straight at me and not moving, I told him to bugger off out of my way, which fortunately he did. I went on my way.
This has really upset me, we’re doing our best to follow guidelines, daughter and grandchildren 14 days self isolation, mother in law for 12 weeks, not panic buying etc, buying groceries and delivering to neighbours who are struggling with cancer. Trying to uphold common decency at this quite exceptional time, respecting others. Then you come across an entire family, totally ignorant of what’s going on? Am I wrong here?

I hear and feel your anger Barrie, unfortunately they exist!

They do indeed Richard

Now a gang of youths showing a bit of bravado, while still unacceptable behaviour, I could deal with. A family group though, Mum, Dad various younger boys and girls, what role models the parents are.

bet they have loads of pasta rice and toilet rolls at home too!! Just my own opinion there.
Barrie

Unfortunately there is a whole sub culture of selfish and ignorant families, it probably goes back generations, they’re everywhere, whether its parking selfishly, or letting their unruly undisciplined brats run around a restaurant shouting and screaming, fly tipping etc etc, and when everyone else is trying to do the right thing , they won’t.
I’m just glad there is still a lot of descent people around, which is what we all need in a time like this.

It is sort of hard to fathom! 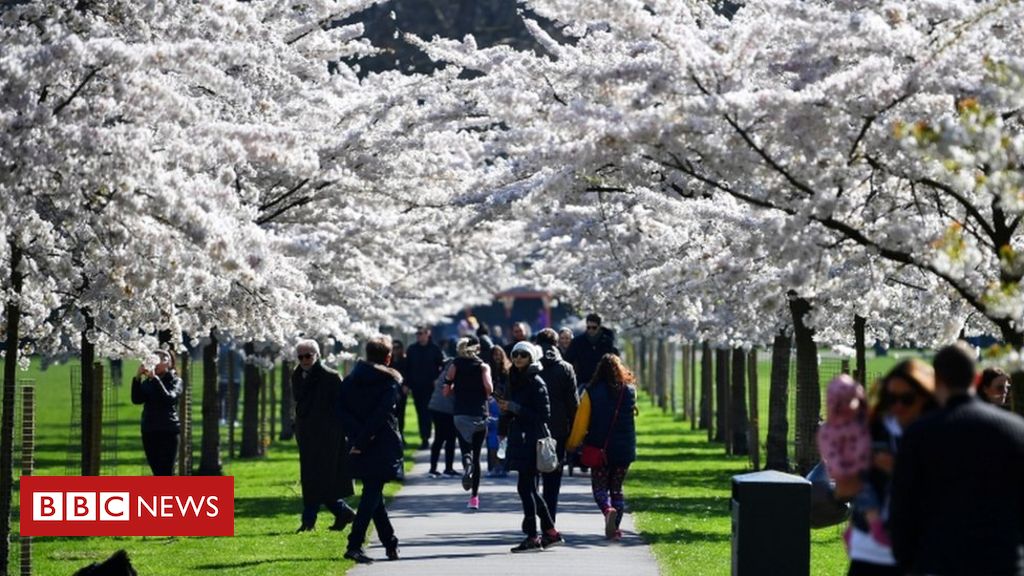 Parks closing as areas urge tourists to stay away

Tourists are urged to stay away from parks and beaches as social distance rules are flouted.

I remember watching The Day the Earth Stood Still with Keanu Reeves. Never understood why he decided to sympathise with humanity.

I read a wonderful quote about selfish people yesterday so thought worth sharing as it sums a lot up about these people, in my view, in the current circumstances:

“ Selfish people lost so much in life, because even when they realize they are wrong, they don’t know how to ask for forgiveness or show regrets”

What I don’t understand is all those that crowded the tourist hot spots when hardly anything is open. Near us Matlock Bath it was like bank holiday and famous for the bikers to gather, they were there alright, hundreds of them, madness.
We went a walk down the canal yesterday morning, 8 o’clock not a soul about, later I heard it was pretty busy with families walking to the marina which is usually packed at weekends and I guess it would have been no different.
Reminds me of another film…

Far from the madding crowd. 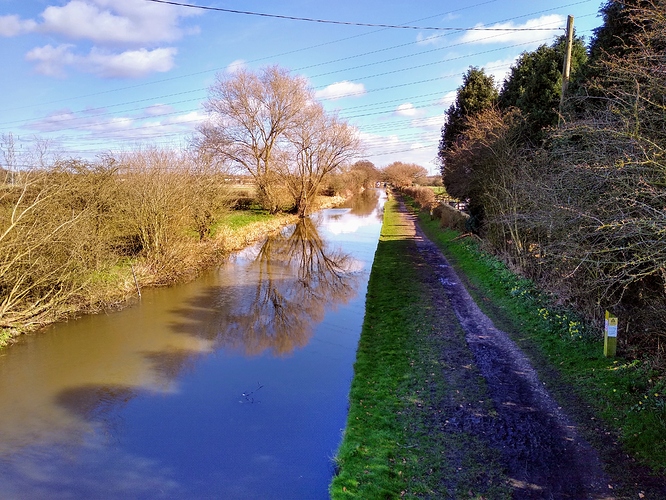 Unfortunately I’ve met that type too, but fortunately plenty of the opposite. Where I live there are 7 properties, including mine, and I’ve had the people from 4 of those offer help with shopping etc., the only 2 that haven’t are in fact older and more vulnerable than me and they have received the same offers of help! Thankfully there are plenty of good people around when you need them!

Having been on chemotherapy now for 2 years or so now (33 sessions) I fully expect ‘the letter’ to be thumping on my doormat sometime soon. I hope not but life as we know it has most certainly changed over the last week or so.

Breakfast TV, this morning. Prime Minister warns of tougher measures, should folk continue to ignore warnings. This will come into force,I’m sure, due to morons like the ones I encountered yesterday. What I struggle to comprehend though are certain sections of the community behaving as they do? There will be behaviourists who can explain these actions and why people do the things they do, I just find it hard to understand, perhaps these folk can’t understand why I’m trying to comply with Govt requests, who knows?

I think it’s because they are naturally stroppy, selfish morons Barrie.

The Day The Earth Stood Still
Perhaps even Michael Rennie, 1951 if I remember correctly.

@MX-5BRU.
Correct. Stupid is stupid, cannot be fixed.
They can be detained…on house arrest at least.
I doubt there are enough tracking ankle bands to deal with them. 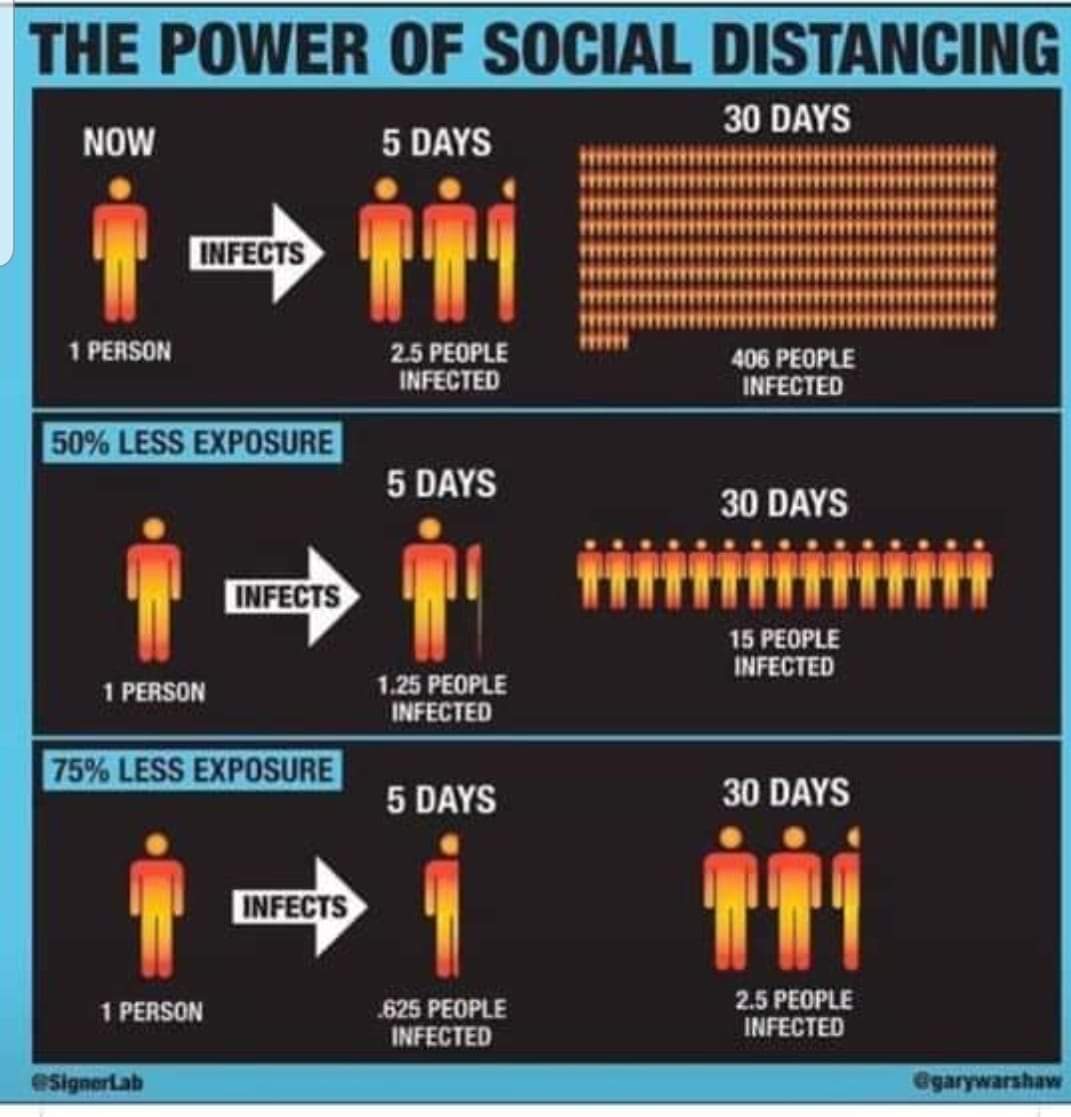 The government should run this on the TV every hour on the hour, maybe it will start to sink in to those people who insist on ignoring the situation. 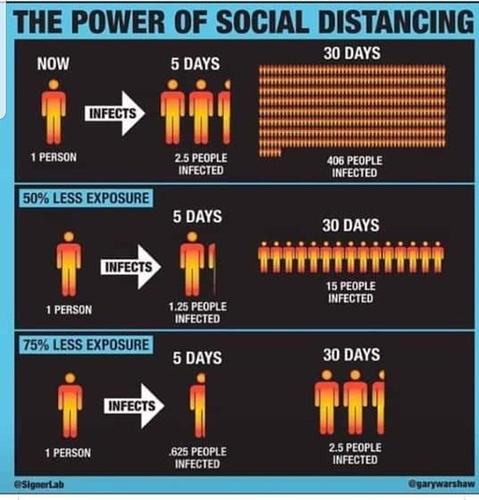 I’m not certain how accurate it is but easily understood.
Barrie