So, it had to happen.

cue sophisticated theme tune- you know the one!

You’re stuck on a deserted island. You are allowed five songs, one book and one luxury. Which ones you grabbing from your Tardis-like cabin before you plummet into the sea?? Also, wee notes on why they’re significant could be nice for folk to read

Nearly started this myself, but thought is was someone else’s turn…!
Thinking hat now on - Will have to come back to this

I’ll just need a gun and one bullet…who wants to be stuck on a desert island ?

“Im One” by Pete townsend from 'deep end live, LP… It could be about me oh and its my funeral song choice.

“save it for later” again Pete Townsend ‘deep end live’ LP… a song for all who’ve let you down.

“Do Nothing” The Specials… reminds me of happy times working in Brazil with a dear friend who’s no longer with us.

“Our House” Madness… just a great song that brings back happy memories of that era.

Book… “Dear Boy The Life Of Keith Moon”… guaranteed to bring a smile.

I couldn’t possibly answer this question. I’m far too indecisive, and likely to change my mind every day !

Haha, of course you can have a cask! No point running dry too early

As I’m grafting away earning a pittance to put some gruel on the table at the moment, I will look into this in the comfort of my home.
I have to ask the question though. Where are your choices, come on set the ball rolling, you’re not getting away with ducking out.

Haha, damn and blast, you caught me!!

‘The Last Dance’ by Within Temptation- hope it doesn’t sound morbid but this is to be played at my funeral. It’s a song that’s helped me through some tough times.

‘Ghost Love Score’ by Nightwish- I’m gonna need something to rock out to and genuinely, if ever anyone tells me I’ve got 10 mins to live, this tune’s going on.

‘Top of the World’ by The Carpenters- honestly, I could have picked any Carpenters song as there is nothing that Karen’s voice can’t fix, but this tune is just so joyful, you can’t not smile when you hear it.

‘A Bhirlinn Bharrach’ by Karen Matheson- I always come back to my roots. I’m a Gael at heart and in blood so this is a beautiful wee tune to remind me of home and again, another Karen with a voice to die for.

‘Dignity’ by Deacon Blue- because this song is for long drives on Summer days and just instantly makes me happy.

‘Mists of Avalon’ by Marion Zimmer Bradley- I read this many years ago and keep meaning to read it again. As this is a very big book and I am a painfully slow reader, it’s perfect for a long island maroon.

A case of Bundaberg Ginger Beer

As Chris Phillips said I’ll no doubt want to change my mind later, but here’s today’s choices, not in any sort of order:-

“Trickle, Trickle” by The Videos - see if you can stop your feet tapping!

“Since I don’t have you” by The Skyliners - pure angst and heartbreak.

“Every Little Thing” - a Lennon & McCartney song but the version by Yes, IMHO the best version.

“The Blue Train” by Linda Ronstadt - that lady could sing the list of ingredients off a tin of soup and I’d
get goosebumps!!!

Book - Well there are hundreds I want to read, but most of those are biographies and history related, the book I’d need to have is a good STORY which can be read over and over without losing it’s magic so my choice would be Tolkien’s “Lord of the Rings”, yes I know that it’s passé to many people but that doesn’t diminish it’s quality as a “good story”.

Right, back home and had a really good think about it and I’m still not sure but here goes.

Caroline by Status Quo - It just epitomises Quo and brings back lots of memories.

Money by Pink Floyd - As albums aren’t allowed I have to have something off DSOTM and I think this is great.

Things That I Used To Do - Stevie Ray Vaughan, off the album Couldn’t Stand The Weather. Of all SRV’s slow blues number this is my favourite, such a great bass line.

Three Times Enough - Nine Below Zero. From their first album, Don’t Point Your Finger, which I have in green Vinyl. It’s just a great, short, up tempo blues song from a band that should have made it big but never did, still going though.

Lazy - Deep Purple. This track off Machine Head is a great rocker and has a great Hammond organ and guitar solo, what more could you want and it’s over 7 minutes long.

The book would have to be Saturday at M.I.9 by Airey Neave. It’s about the setting up of the escape lines in France during WW2, to get the downed airmen back to Blighty, it reads like a fiction book but it was true.

Some crates of cold beer would be a nice luxury, never ending supply would be even better.

HaHa! Yes, but you have to drink it, you can’t sell it as you’re “all alone” on a desert island.

Book) - So This Is Permanence - Ian Curtis
Luxury) - Unlimited supply of Doom Bar
Disc I’d run to save from the waves) - Solitaire - The Carpenters
(Obviously many other’s could have been considered, but I’ll go with these… Today!)

Carpenters are always a worthy choice!

Karen was right up there with that voice

Sadly missed, such a tragic story and loss

After a bad day, there’s nothing Karen can’t sort out for me, especially Rainy Days & Monday’s. Reminds me that most things are never that bad

Even this… unusual, but still brilliant…! 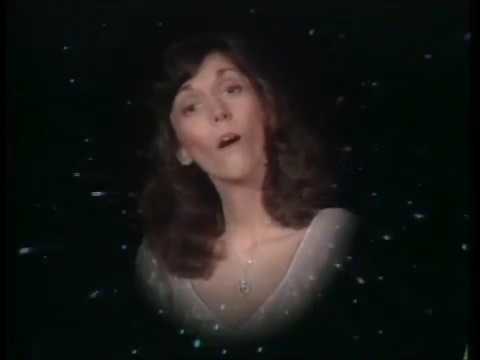 Apparently they’re most frequently asked question after releasing this was ‘when is World Contact Day’?