Have you upgraded the infotainment system? (ND)

I was wondering if anyone had upgraded their infotainment system software themselves?
After installing Apple Carplay unit, my software version is 70.00.100 EU N.
There have been a number of improvements to version 70.00.335 which I’d like to install.

Also found this link which provided more info on the software upgrade process.

Before I go ahead I wondered if anyone here has successfully upgraded their software using this method?
I’d value your thoughts and comments.

Iv looked at doing it so I can get android auto on cos mazda want £350 to do it. but if you do it and dont get it right been told your mazda connect won’t work again. Let me know what you do and how you get on

Done it plenty of times, including full installation of CarPlay and serial hack of AIOTweaks. Just a simple upgrade of firmware via USB is pretty easy you shouldn’t have any issues.

I’ve done it on both my ND as part of installing CarPlay (from 59.something I think) and on my OH’s Mazda 6 as an update from 70.00.100. Both went without a problem, I downloaded and printed the step-by-step PDF from the hidrive shares you’ve linked to and followed that closely.

I was probably over cautious with the sleep timer, I set an alarm to remind me to dip the clutch every 12 minutes rather than 20!

Also the process in both cars took a while (40-ish minutes per car) and there were a couple of times the screen went completely blank or the progress bar just sat at xx% for a while. Don’t worry, it is normal. Just let it do it’s thing.

After upgrading the software what screen do you see, before fitting the new hardware?

The system works as normal until the new hardware is fitted.

Hello Gareth, the reason I ask is I thought once you upgrade the firmware you should see the new screens, I still see the old screen, I couldn’t find version ………335 I ended up with …….352 which loaded OK, now waiting for new hardware to arrive from over the pond.

Off the top of my head I think the only visible change is in the apps menu the options for CarPlay and MirrorLink appear but are greyed out until a compatible device is connected.

Yes, as above, there isn’t any change really visibly.

Had another look thru the whole menu cannot see anything greyed out, checked the version number and it shows the one I installed xxxxxxxxxx352 so I’ll just see what happens when the new bits arrive.

On the main menu, if you go to Applications you should see CarPlay in the list (greyed out) 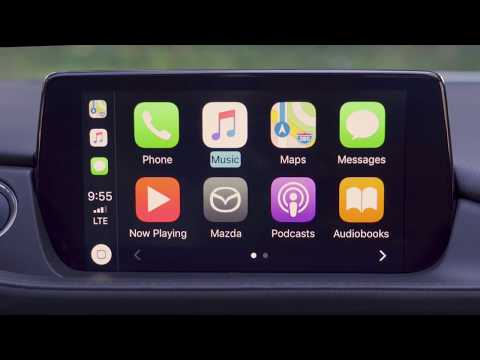 Scroll to 3:54 in that video and you’ll see the Apple CarPlay (white and available) and Android Auto (grey, not selectable) menu items in the Applications menu.

Those and some settings for device connection options are the only visible changes in the firmware until a compatible device is connected. Then you’ll see the CarPlay or Android Auto screens as shown in the rest of the video.

From my understanding the new firmware (at least 70.00.100) must be installed before the hardware because the new usb hub isn’t recognised by the older firmware (Pre 70.00.100) as a valid part, so you can’t then carry out the update. The new hub and cables enable the MZD CMU (the screen and the brain bits it’s attached to) to recognise and charge compatible devices, the port with the smartphone logo has a higher amp output and I think an extra contact for that reason.

You can update the firmware without changing the hardware, but Mazda Connect won’t recognise compatible devices or have the menu options for CarPlay or Android Auto without at least 70.00.100. 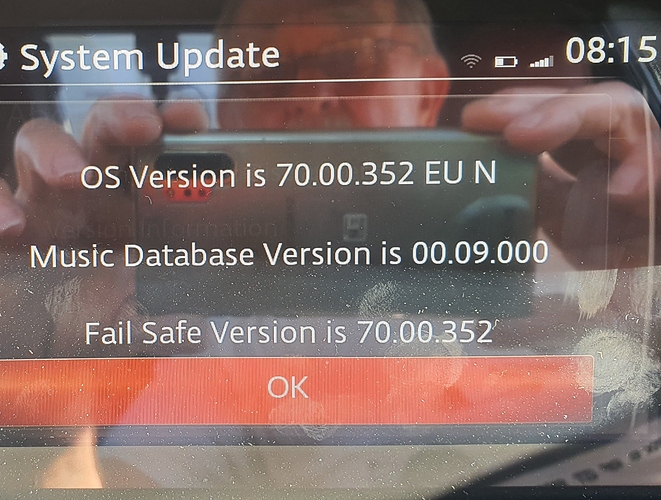 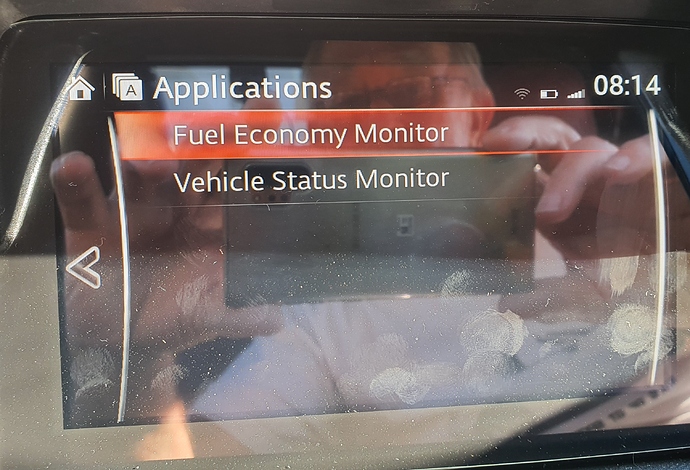 Interesting, looks like the options do only appear once the hardware is installed then.

I did leave a day or two between updating to 335 and installing the hub & cables but I don’t remember browsing through the menus or looking for the options before installing the kit. The options are definitely there all the time now though, and in SWMBO’s 6 which came with CarPlay and 70.00.100.

It would be good to hear if the parts you’ve ordered from across the pond work as they should. I don’t expect they’re physically different but they do have different part numbers and if they work it could open up a slightly cheaper option for people looking to do the mod themselves.

I paid £194.09 to a main dealer for the hub, the cables, the foam and the manual in August 2019 (they only sold it as a complete kit, otherwise I’d have left the pretty pointless manual out). Still, it was better than the £400 Arnold Clark wanted to retrofit when I bought the car (£300 parts, £100 labour).

I had asked MX5 Parts if they could source the part numbers from the install video on youTube. They replied no as they were US spec items, and I noticed the HiDrive files listed region specific part numbers when I downloaded 352 a few weeks ago but as I say, I don’t know if it makes any difference. It shouldn’t, but you never know until someone tries it

EDIT: to clarify, it’s the part number for the cables that is different (and the entire kit part number as a result). The hub itself is identical in all regions.

Looked into this myself. By the time you added up the transit costs it was working out at approx £175 (before any custom costs). Local UK dealer would ship the main unit, cable pack, foam tape for £199. Any hardware faults/issues you have your local dealer to fall back on.