The MX-5 race series has arranged complimentary tickets (usual cost £21) for up to 50 Owners Club members, and included will be a lunchtime parade lap on the full Grand Prix ‘Bridge’ circuit. The varied programme features some of the greatest racing to be seen in the UK. Supporting the main event will be two exciting bumper-to bumper MX-5 races, featuring a total of 72 Mk1s competing in the UK’s biggest race series.

Others competing on the day will include big names such as the Avon Tyres British GT Championship, the Dunlop Formula Ford Championship of Great Britain, the Cooper Tyres British Formula 3 International Series and the Ginetta Challenge!

OC members will also be welcome in the paddock, as guests at the Ma5da Racing hospitality suite for teas and coffees, to get up close and personal to the cars, plus meet and chat to the racing drivers. As always, the meeting will later be featured on Motors TV.

Details of to collect your tickets on Sunday morning have now been added to the “MX-5 Owners Club Discusion Forum” If you can’t access this then drop me a pm please. 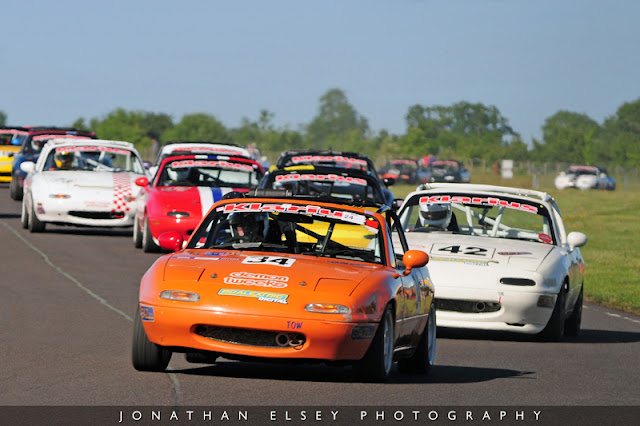 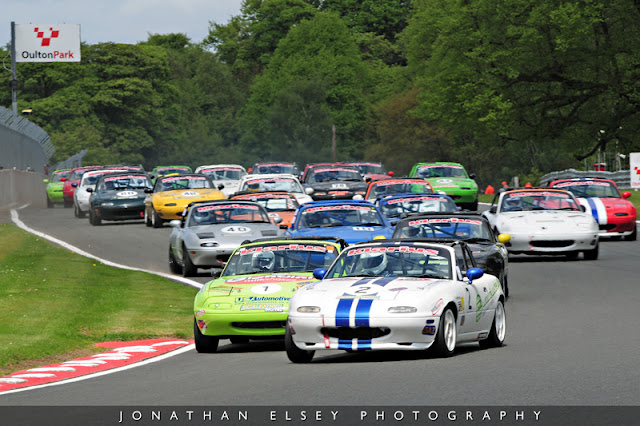 That sounds good how do I ask for tickets and can  I have 2 please.

Does a ticket cover a car or person? Two cars attending please, so up to four people from Chesterfield.

The MX-5 race series has arranged complimentary tickets (usual cost £21) for up to 50 Owners Club members, and included will be a lunchtime parade lap on the full Grand Prix ‘Bridge’ circuit.

Can we still join the parade lap on Sunday?

So how do we get tickets please? The time’s fast approaching and I don’t want to turn up just to be turned away, or given the runaround.

Ticket distribution, due to the short time scales, will probably be just outside the gate, by a Club representative at a specified time.  Currently I would like to hear from a volunteer willing to do that.  Means making sure you collect tickets earlier in morning  from Ma5da rep, then committing to be on the gate for 15 -20 minutes to hand out, probably about 9.30 ish before things get going.  If you are keen we can publicise a second time for late comers.

Sorry for short notice all round on this one, unavoidable unfortunately,  but hopefully we can make it worth while.

We have worked comp. ticket distribution this way before and it works well. I will be first come first served, but we will obviously give priority to those who have registered interest on here.

As it stands Northants area AC and me both have other Club commitments on that day, plus lots of our members, otherwise we would sort it out ourselves for you all.

Count me in on this one please, and I’ll have my lovely better half with me too! For those who are on Twitter as well say hi to @charlie_george as she’ll be doing the coverage of the MX5 races. You’ll find me as @girlygeekdom on twitter but I tend to talk geeky rather than cars there!

I know what I’ll be doing prior to Sunday! (car cleaning time!

so long as you’ll let me come along that is! x)

I can be at Silverstone on Sunday at about 9am-ish.  I’ll issue the tickets (including to myself) if you let me know what to do/where to go.

I could also do similar at Rockingham on the 30th.

please can you count us in for 4 tickets ian and son and nige and daughter.

How will we know if we have the tickets?

I don’t fancy going all the way there to find all the tickets have gone.

Could I please have two tickets for both events please.

Could I please have two tickets for both events please.

The two races and qualifying session not enough track time for you Chris - you want to do the parade laps as well?

Details
of to collect your tickets on Sunday morning have now been added to the
“MX-5 Owners Club Discusion Forum” If you can’t access this then drop
me a pm please.

You know what its like trying to get hold of enough tickets for the team, especially at such a big event soooo, if my Mx5oc membership can assist me in getting in for free then thanks very much chaps, and i’ll snap your arm off :-)

P.s. All owners club members you are more than welcome to come see me and the team IL Motorsport guys in the pits for a chat at any point during the day, more than happy to let kids etc sit in the car (so long as the cut off switch is removed!!)  :-)

4 x Passell (Doug). Sorry, count me out. Please pass the tickets on as there seems to be a lot of interest in this. I just don’t have the time.

Steve & I will no doubt pop down and say hi. It’ll be interesting to see what you’ve done with the car. I hope you’re going to show me how to drive “properly”

I presumed this was including the parade lap is that correct, if not can you put 2 cars down for it.