NB2.5 gearbox and other aspects

Well, this is probably a question that’s been answered to death. I’m an annoying tryhard getting his first MX5 and I’m trying to get it “perfect”.

But basically, since I’ve been trying to narrow down what I want, I’ve stopped on a car with an LSD and a fun colour scheme, which in my case is gonna be either a 1.8 blaze yellow Arizona or a velocity red Euphonic. I like the wheels, the interior and the extra speakers of the Euphonic specifically - and the sport chassis bracing and big brakes etc.

This all just so I can simplify my choices cause there’s too many NBs out there. I initially wanted a Montana/Indiana cause of the tan interior and wooden bits, which I like, but obviously, no LSD. I’m also basically a noob at driving - I’ve spent maybe a few months total actually driving a car (and on the wrong side too). So whether or not I need an LSD is seriously debatable - but it’s mostly because I really don’t know if any garages around here would be willing to fit an LSD I buy myself and I’ve nowhere to do it myself in case I do one day decide I’ve need for one.

The stuff above aside - I specifically avoid Sport models because of people’s general dislike of the 6-speed, how it feels, it’s usefulness and that awful reverse gear placement. Naturally, the best way to see which one I like is to drive 'em - but I’m neither in a position to really do that at the moment nor are there any MX5s to test around the place. I don’t really like the Sport color options, but beyond that, removing them from my searches helps with choice paralysis.

Is this the wrong approach? I think 6 is too many gears on a 1.8 - especially considering (if true) that the 6-speed isn’t really any taller than the 5 and therefore no highway benefits. I am very happy to add things like the speaker windblocker, engine bay braces, foglights etc. myself.

I liked my 6 speed NB’s had 2 of them. If you want to drive it and use it don’t believe everything written on the internet, often by people who haven’t had one.

Agreed.
Had our 6 speeder many years now. Only initial issue was not the box really but the ( then) duff clutches which we got fixed under warranty.
Changed the oil to yon Castrol posh something or another years back…it’s just fine in fact “rifle bolt”.
Reverse sometimes needs a good shove in winter 1st thing but that’s it.
In my opinion the 6 speeder keeps the mill on the boil in 3rd/4th twisty X country if you are pressing on.

Nice to see some positivity about the 6MT. Any comments on the LSD aspect? It’s such a shame that they don’t come on all 1.8s like they should have.

Well, there are/were numerous threads on the allegedly “weak” tab breaking 2003 diffs, but previous LSD’s are like gold dust as they are bullet proof and something of a preserve for drifters etc. Which is why they are expensive even out a leggy scrapper.

I don’t think there’s much I can do in an MX5 that would result in a broken TFS LSD. I won’t exactly be hooning it around, just the occasional throw around the bend really.

Well I went to see a Montana nearby and the guy had some ridiculous things like a built 1200hp Porsche GT3 and a 300ZX for the Nürburgring and the Montana was lovely - I’ve never felt a shifter so tight and satisfying.

But the sills you could see were looking like pastry and the chassis rails were starting to peel off on the sides facing the engine so I think it’ll be a pass from me considering the 3k price tag and the rust pretty much everywhere. Shame, cause the gent was lovely to talk to. Had several really unique cars.

Don’t really find many of these around Scotland sadly and this is the first Montana/Indiana I’ve seen anywhere near Dundee.

Hope he mentioned it’s a borderline scrapper/fixer upper before you got there frankly.

Yeah, no, was advertised as mint and no rust, but I expected to see tons of it when I showed up. It was more just to see what one was like so I’m happy in that sense.

He needs his nuts slowly torqued up in thumbscrews but as you say you got what you wanted out of it.
And, that’s me being polite.

Hm, well, I wasn’t surprised. The trip was nice, he was being honest with me about all the other cars at the place and I got to see some cool stuff for my trouble. Said the car belonged to a very old lady and he just got it for the private plate - and he did have it. He did start pulling at the sills and found they were turning into dust so I think maybe he just doesn’t know much about these cars.

I’d prefer to think of it that way. Can’t be bothered with negativity around cars, especially not around something as pure as an MX5. I’m just sad this one got in this state in the first place.

I lived in Perthshire for 20 yr and would never buy an MX5 in Scotland. I always went as far south as possible to find cars with much less rust.

Yeah.
Thanks for nowt Richard.

I’m having to go to Dumfries for a new hood!

Well, there’s a nice Arizona for good money in Ayr somewhere. Asked for some photos but they’re poor quality. 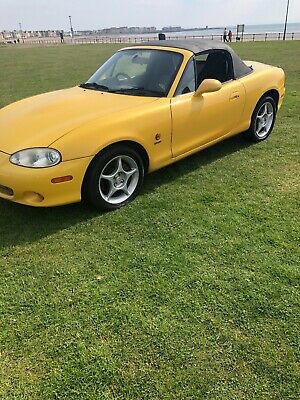 2002 Mazda MX5 ARIZONA SPECIAL EDITION. JUST HAS BRAKES ABS SENSOR SUMP SEAL AND HIGH PRESURE POWER STEERING PIPE FOR MOT. THE CAR IS VERY CLEAN AND TIDY WITH NO FAULTS. THERE IS ONE RUST BUBBLE ON DRIVERS WING BUT IS NOT NOTICEABLE.

Looks great, even has a hardtop and foglights, rare for an Arizona. But there’s some rust on the arches and bubbling under the paint. 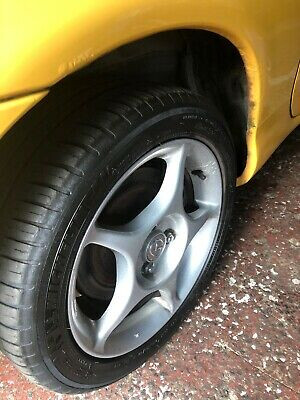 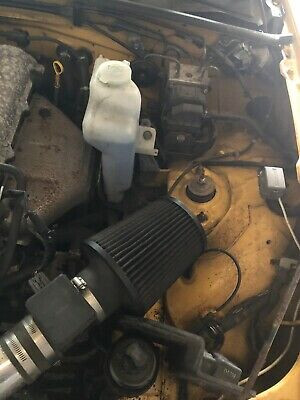 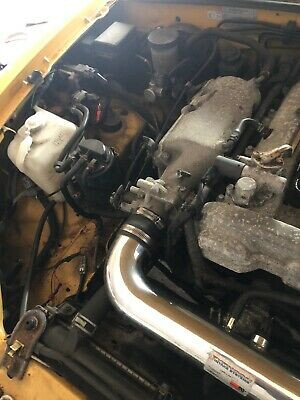 Wondering if that’s just dirt and whether it’s worth the 2 hour trip.

No.
Front wings are easy enough…bolt on/off but they go badly at the bottom of the wings.
So called “surface bubbling” almost invariably is the tip of a rotten iceberg…thanks to the enclosed sections in the rear wing dept. It’s not what you can see, but that which you cannot.

What we cannot see are the so -called “money shots” eg front inboard chassis rails, and evidence of rear wing “repaired” conditions. Plus a few floorpan & inner section shots. They are what you really need.

On the upside, it’s fairly low miles but “the part service history” needs to reveal a cambelt & water pump change. That’s a £400.00 negotiation if unproven. MOT’s are not too bad as far as MOTs go and there is no mention of rot issues but take from that what you want.

Ask him to stick a camera underneath first. If he won’t…well.

With all that rust…at most £1.200 / £1,400 tops…especially the cambelt question.
It may have spent a lot of life down a salty coastal area.

It’s really so damn annoying that pretty much anything reasonable that isn’t just a regular silver Sport is rusted to hell or too boring looking.

There’s a pristine looking Indiana way down south…but who has time and money to be travelling 400 miles both ways every time you see a car that might be nice.

I realise I stuffed myself into this position when I decided to go for an NB2.5. But NC2’s are still too expensive to consider.

I think I’m basically just going to have to bite the bullet blind on something and eat the £400 transport charge.

It’s not unknown for folk here to appraise a car for people far off…usually a wee PayPal for fuel etc.
Or, you could find out if the RAC or AA still do inspections…they used to.
Sorry to be candid, but it boils my wee when decent folk like you travel to visit sheds flogged by liars but I’m NOT referring to the Arizona…just in general.
Might be best to put a “Wanted” in this forum, and others, for cars with Honest John history.
I had our 2002 Sport remetalled a few years back…twice…and it’s 100% rot free G’teed after a small patch was done under the nearside footwell.
It’s had every crevice injected with evil stuff. Better than new.
I doubt I’d get 3k sans HT for it though. But, it has to be one of the most solid honest cars in Scotland.
It’s not for sale though…for the time being.
Been there…never again. 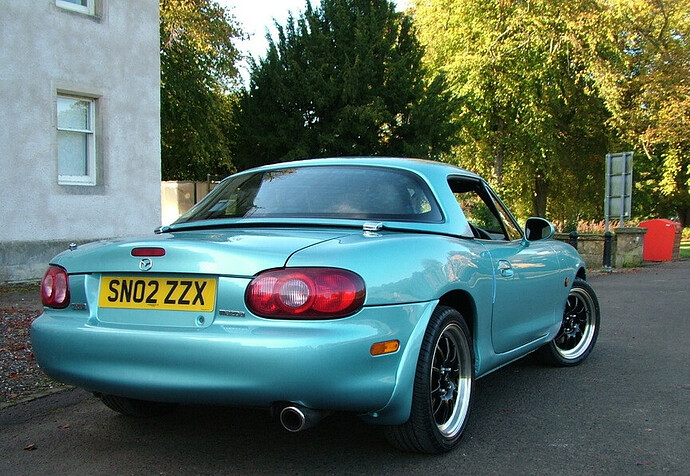 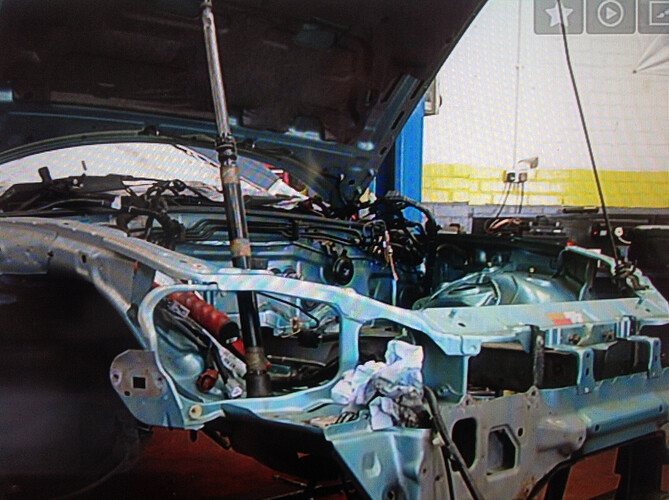 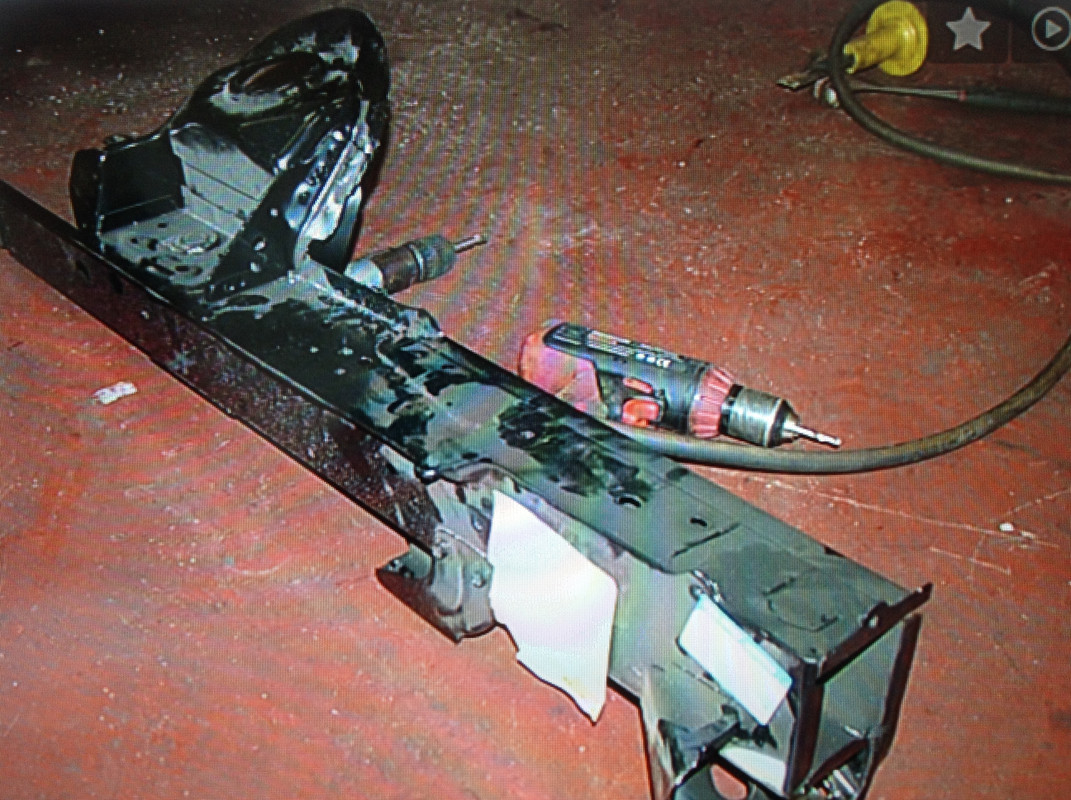 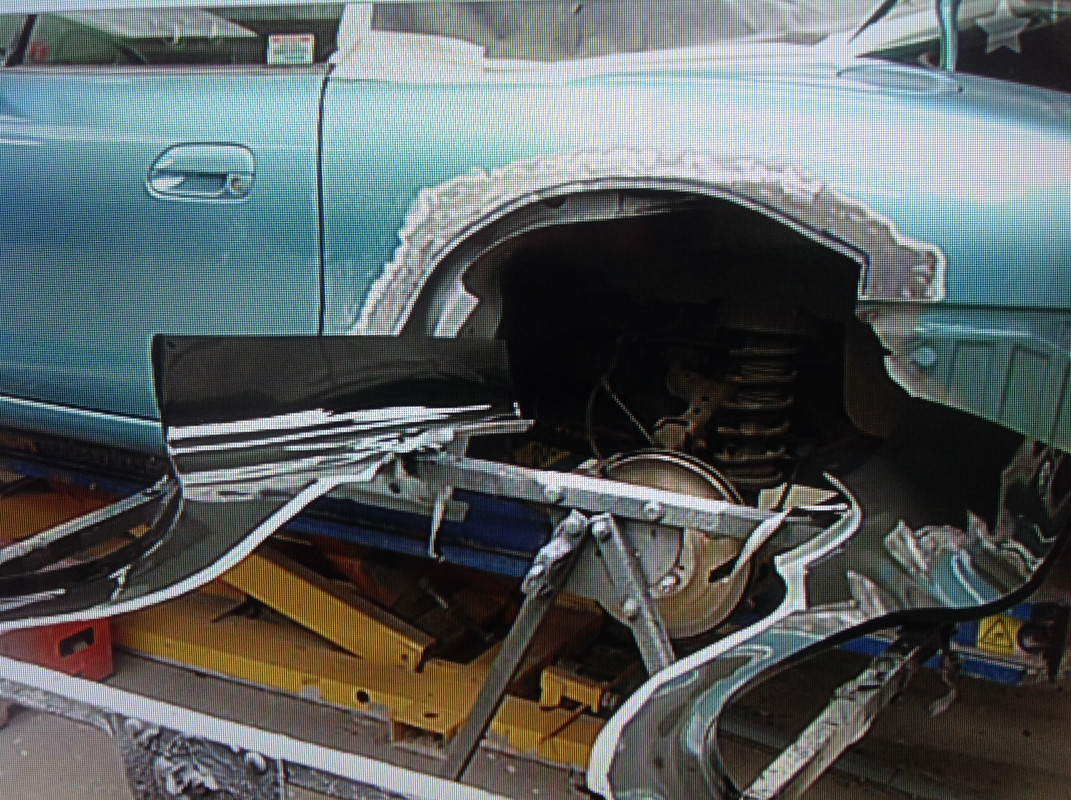 That’s really gorgeous and I love the wheels. Looks like several weeks’ worth of work at least I’d be looking at a set of wheels like that, but if I end up getting a Montana/Indiana, I’ll probably go for something lighter colored.

I just wanted to put this in here and you be the judge of this. Keep in mind that both rear sills looked like a Gregg’s sausage roll and I could just about stick a finger in the peeling side of the left chassis rail. I’ve never seen so much surface rust either. The bonnet catch was sprayed with WD40 as was the rest of the bay, as if that does anything for the most rusty engine bay on an MX5 I have seen.

Trying to understand why it’s okay to treat buyers like this. I’ve trimmed it for any identifying info of course and doing this isn’t exactly fun for me. But I’m just trying very hard to see if I’m in the wrong here.

Btw, first thing he told me when I got there was that he was in no rush to sell as they had several other “very interested” individuals.

We managed to put mazda on ramp today for a full inspection and appraisal. Your concern about sills is evident but previous work has been well done and 2 small parts need welded and resealed. There is no point putting it for MOT test and failing. Waste of time and money for me. As for the rest of car, it is in good condition on chassis and other metal structure below. It requires 2 front road springs plus 2 metal disc brake covers. The full front suspension would be stripped to do this job and reassembled with new parts where required. I took the car for a good drive just now and it is faultless. Everything works and i cannot see you finding a better one that age ? We have also recieved today 2 Motor dealer bids for car on my description without doing any work or MOT. 1 Bid of £2400 and another bid of £2500. I have refused both offers. I am undecided yet what to do but i will make you an offer and maybe think on it ? I am prepared to have all welding and paintwork completed, carry out suspension work and necessary repairs to highest standard, then MOT the car for the price of £3800. No negotiations. We want to make sure our customer buys a good car for the money they pay without having problems. Hence my offer. If not acceptable, have good luck hunting one down. We all had a good look at this car today and have the same opinion we do not want to sell to a motor dealer. So you are welcome to come back,drive and check car, and conclude a deal with a cash deposit (£800 ) the balance payable on collection in approx 3 to 4 weeks ?

Anyways, I don’t want to be clogging the forums with this stuff but I thought maybe you’d get a kick out.