Off for a paddle

3rd Sept, Greenock to Isle of Arran on the Waverely now she’s been rebuilt with new boilers, decking…you name it. Pretty much a new ship. Sister vessel was the Jeanie Deans, long gone as all the others.
The last going paddle vessel in the world apparently.
My Grandfather worked on her in the early 50’s as a carpenter, and sometimes took me on mini-paddles up and down the Clyde estuary on the QT.
Really looking forward to retracing his footsteps. It’s only been 62 years… 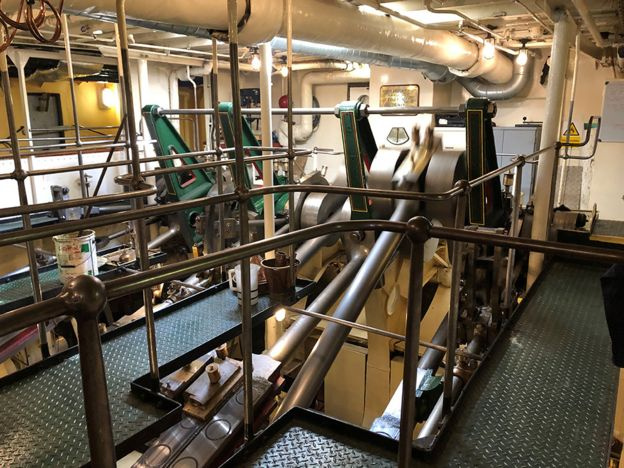 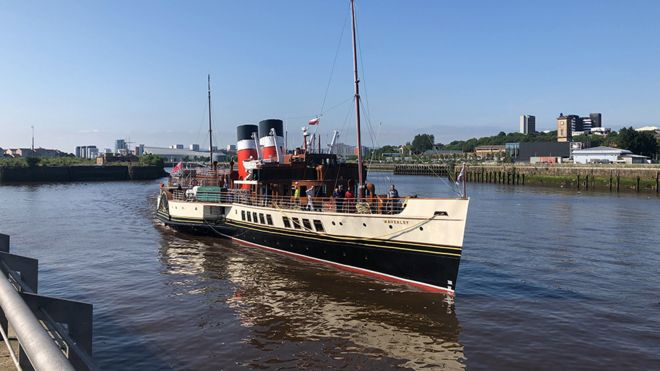 What a beauty , …as they say " they don’t make em like that anymore "

Well,
It’s hardly a dodgy trip to the Med, but at least I’m g’teed to be home for supper.

Nice to know that the Waverely is alive and well. Me and Mrs MX2000 went on a trip along the Dorset coast to Portsmouth harbour a few years back. Twas a lovely day out. The food in the restaurant (fish & chips in my case) could have been better (or batter), but that’s just nit-picking. You are guaranteed a day to remember…!!!

If my not so good memory serves me correctly, my wife and I had a trip on it from Southend to London up the Thames with friends some years back, your in for a treat hope you have a great time, should bring back some fond memories for you.
Dave

And doesn’t home seem to be a great place to be with all that’s going on, and these businesses need our support right now!

A trip on the Waverley has been on my list for a long while, when she’s down this way probably with a trip up the Thames and through Tower Bridge, so great to see this… 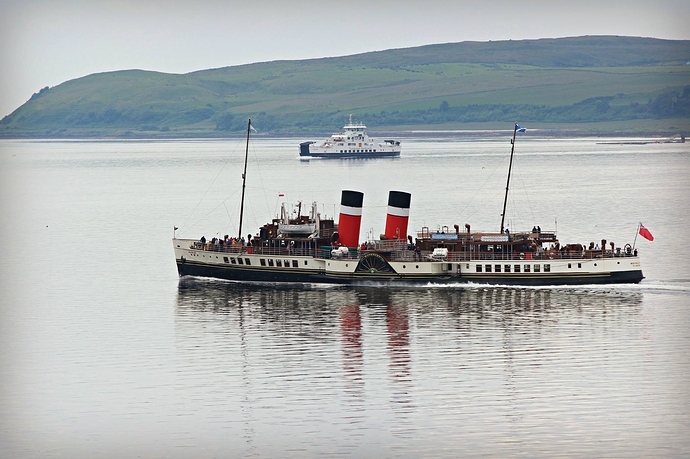 Just heard the news and hoping you where not hurt, sounds very distressing, let us know how you are, best wishes Dave and Gerty.

Indeed. Hope you are ok.

Thanks guys.
03.00 hrs Guys.
Just in a half hour ago.
Ship’s a bit Phooked deeper than photos suggest including mechanicals in engine room.
I was not on it, I was on the Arran dock with a lot of others while we watched her charge in far too quickly with the paddles in a frantic reverse. The impact was pretty hard…she stopped dead and bounced back from the land equivalent of I’d wager 15 mph or so.
People on board were flung over each other, and although, I think, there were no serious life changers, there were a lot of pretty bad breaks, cuts and bruises…
There’s going to be a lot of retribution with the owners though apart from the crash. No food, digs, water, information about a “rescue” solution until around 22.20 hrs Thursday.
CalMac seemed to be tardy but then it’s not their business. I heard Scottish Office gave them…an incentive…(cough) to rescue elderly and tots on board. We had no food, water, bedding, or any form of info about a possible outcome till about 1020hrs.
I’d not be surprised if the DOT etc called for her death knell tbh. It’s not the first scrape.
But, I’m 100% sound guys, and sincere thanks for your concerns.
I’m just a bit sad for the old girl. She bloody flew over to Arran like a good 'un. The resto is epic. Or…was.

I hadn’t seen the news or had any idea of the incident. Looks like you had a lucky escape
Hope nobody on board was too badly injured

Glad you are ok and I hope nobody has been badly hurt.
So sad to see the old girl all smashed up especially just after the major refit. She used to come down to Ilfacombe in North Devon and do day trips to Lundy Island. I hope the money can be raised to get her shipshape again so we can see her in 2021.
D

I was really sad to read about the accident, I really hope its not the end for her.

Looks a fine vessel, hope everyone is ok, sad reading about this especially when it’s just had a major overhaul.

Glad you’re ok, must have been an ordeal. Such a shame this should happen so soon after the refit. I hope the boat is repaired and we get to enjoy seeing her again.

The paddle steamer was damaged as it collided with the pier at Brodick with more than 200 passengers on board.

Cheers Ian.
As it happens, I sat with the CEO of Waverely on the coach back to Greenock.
Nice guy…had no idea who he was till the last minutes.
Some of the things he let slip gave me the impression this could be the beginning the end her operational status as the next day ( now yesterday’s) conversations with their Insurers would dictate how the £250/300,000 repair bills would go. They are already getting an appeal out for donations…but people really only have so much patience & cash.
I’ve put around £200.00 into her over two years, but I’m not really inclined to do more.
I did it in my Papa’s memory.
Not going to bother asking for a ticket refund. They need every penny…win or lose.
At best, I’d be amazed to see her operational in 2022 but she needs donations, fares & tourist tat sales to survive.
I have to say, I was a bit twitchy witnessing some of the seaman-ships, including just casting off from Greenock to commence the trip when there was frantic last seconds getting the stern ropes lifted off the dockside capstain…which given she was under full chat would have ripped the onboard securing capstain right off…probably with a load of deck planking etc. Not a good start. The language on the dockside was…well…rather rich.

Hi Rob. This is the first I’ve heard of it. Glad you’re OK. Sad about the “Old Lady” but it does sound like she was manned by “enthusiasts” rather than experienced seamen, which is very risky at the best of times, and not something the BOT will like on a passenger ship, even if she’s repairable she might not get a licence unless the owners can show that they have a competent crew. Keep safe my friend! Roger.