One car mat has a big hole eaten by a heel below the clutch, the others are immaculate. 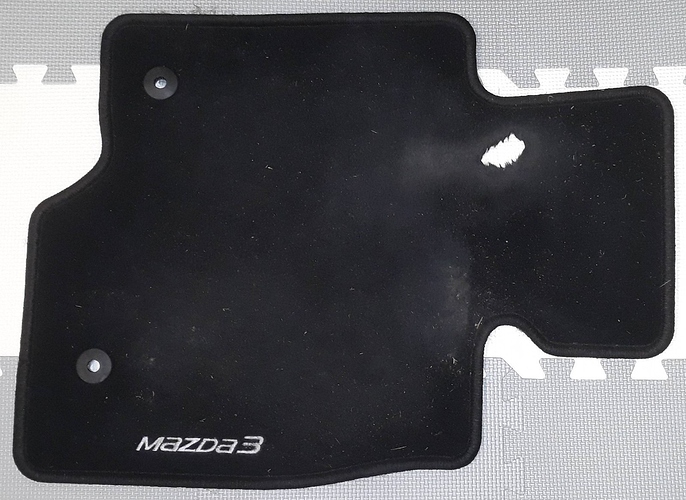 Car Mats UK and two others I contacted say they do not put a heel pad where this heel wears. Daft, when the Mazda carpet underneath has a pad there.

So I cut out the hole 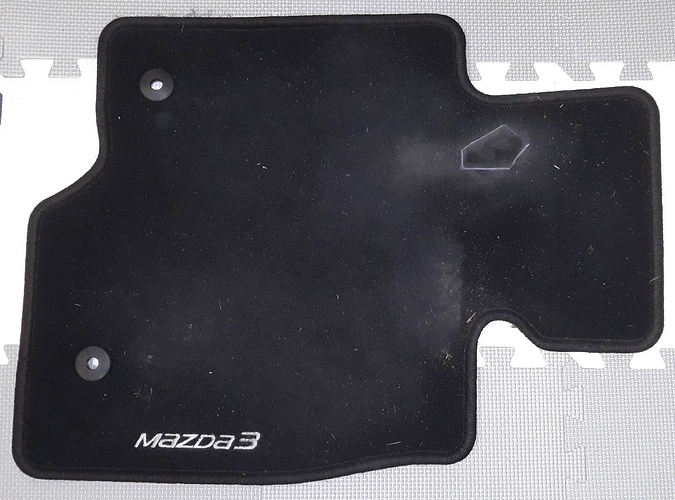 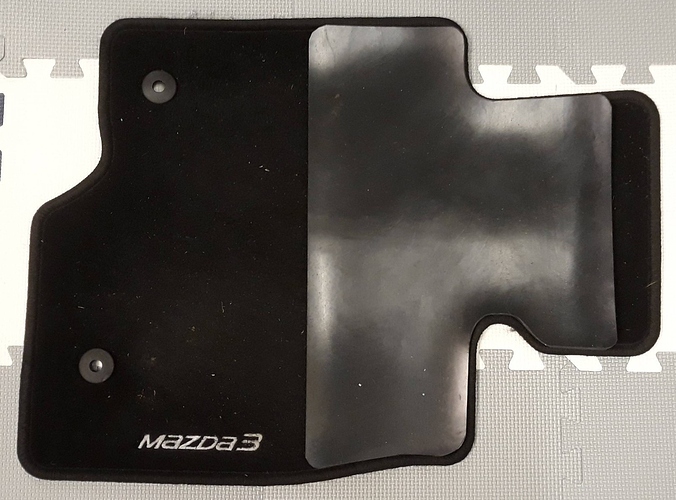 Just waiting on the load-spreading washers (a week overdue) to arrive so I can pop-rivet it together. I’m also considering a glue, but I don’t think much will stick to this rubber. Any suggestions?

When I attached a new top layer to the front of a worn out mat I used Thixofix contact glue and weighted it all down for a week.

what about bike puncture repair glue ???

I use the all rubber mats from MX5 parts, much easier to live with than fabric ones.

I left some bits of scrap rubber sticking overnight to see with different glues.

The vulcanising glue tubes I have are tiny, and it would need as much as a set of four mats cost to stick down the edges of the rubber to the pile carpet.
The vulcanising glue worked, but only where I’d roughed the surface and I guess cleaned off some release agent, so I expect to stick the patch in the hole gluing around the edges with it.

Also superglue is said to work well, and the test patch was OK on the roughed places, but was weaker and again its expensive for how much I would need and working time is a nightmare on something big.

Some old Black Bostik has the right smells and normally sticks to anything, but just peeled off the rubber, so useless.

I have a big tin of Evostik that might do the job, or I might buy a tin of neoprene glue. Not tried those yet.

I needed to identify what the rubber was before committing myself. Apparently, if it melts with heat it is a pvc base and if it burns and stinks of sulphur it is proper rubber, like this one is. I almost think a pvc base might be better in this application with a heel rubbing because the stanley knife cut the 3mm rubber sheet very easily, or maybe not.

I think the pop rivets will be needed, and just use the glue to try and prevent the edges curling or trapping dirt.

Agreed, and my original idea, but I have to bow to a higher authority since she does all the mileage in that car.

Maybe the pong of the rubber patch might change her mind…

This stuff may work

Available on Ebay and Amazon.

I used it here

It's time I gave something back to the forum Readers Rides

Back to Google again to see what I can do about the hood stitching. The damage was where the material is folded and wrapped around the corner of the frame. I soon came to the conclusion that there were too many layers for me to even attempt adding more stitches. I thought I might be able to find a strong adhesive/filler to do the job. [image] There are many guides and videos about repairing torn hoods (with varying degrees of neatness) but nothing for what I wanted to do. I did, however come a…

I’ve ordered a 90g tube for the edge where the heels will catch it.

This stuff may work

Yes, it does stick, like the proverbial to a blanket. Here is a pic of my finished bodge, with both rivets and glue. Not pretty, but with black stainless washers and a dab of black glue on each rivet, down at floor level it will not be staring one in the face. 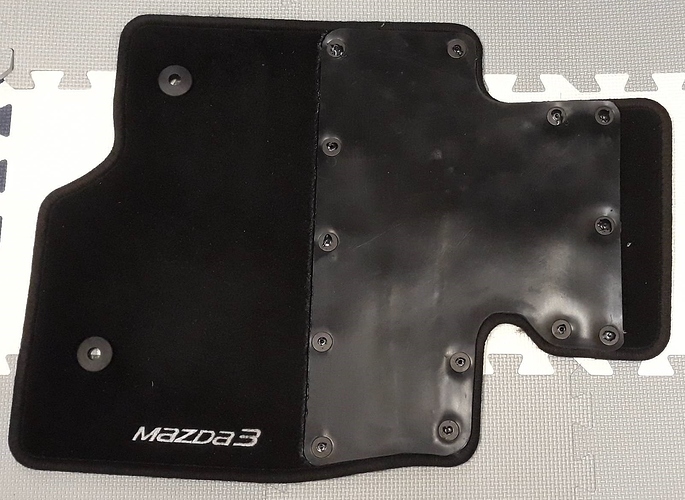