I am highly considering purchasing the skuzzle design intake, after fiddling about with many cars the only thing is putting me off is where I have read you need to reset the ecu via (I belive) revving the car to a certain rpm. Are there any vids of intake noise aswell as that’s what I’m really after as long as there is no loss in performance. Thanks for any advice anybody has.

I think you mean if you have to disconnect the battery. Intake install would mean removal I guess.
Just leave the car idling for around 20 mins that usually fixes any ECU relearn.

Got one on mine.
Have a read of the attached link which tells you all you need to know, PAGE 13.
It’s basically an ECU learning process.
Mine fitted as part of the fast road package. (sadly they have gone).
Two things to remember. 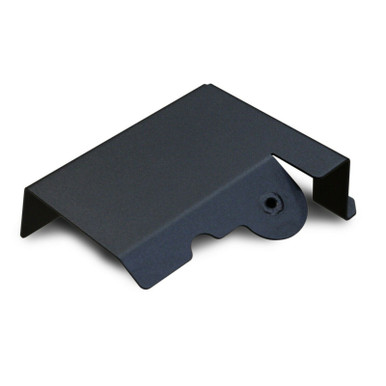 Ramair Filters specialise in air filters, induction kits and more for both the automotive enthusiast and also large motorsport brands. Shop with us today.

Nothing to do with battery mate

Thanks for the Info buddy, would you have any videos of the induction noise. I read somewhere you have to hold revs to reset ecu, a lot of people are saying different things which is very confusing.

Can’t really help you with the induction noise on its own as I get noise from there, the 4-1 and the cobalt exhaust and indeed my wife when I am having fun on mountain passes!

Well, Nick who owned Skuzzle and designed the Torque intake wrote that guide and indeed fitted mine.
Obviously followed his own procedure and explained all aspects as we went along.
(He had no objections whatsoever me being there when it was all done).
It was a great day and even the Dyno work was good to watch and the explanation and process he under took.

He is still about working from another garage and is still on Facebook under skuzzle motor sport.

You won’t notice the induction noise whilst in the cabin as the filter is in the grill. It is not designed for noise, it is designed for added power. It allowed an extra 8bhp on mine

Understood!, I have had a few exhaust set ups on the car just want some intake noise aswell to match as have used a performance panel filter which makes absolutely no difference. Surely a pod filter will roar a lot more than the oem airbox

A question I can’t really give you a definitive answer on to be honest.
Perhaps the only way would be with a decibel meter, but who could really be bothered with messing about with that.

Is that mapped though? as you don’t need any mods really to gain an extra 7bhp if your getting a re map

I bought one direct from Ram Air and fitted it my previous NC1 1.8. Worth noting, I offered £150 posted and they accepted

fitted it myself, didn’t do anything after, just started it and drove it, ran sweet as a nut. Never dyno tested so not sure what it actually produced, power wise. I did like it though! With the inlet being so far away compared to OEM, I never noticed a difference in noise. Was just one of those nice to have things

If you do not want to go for a full remap, Skuzzle made good use of pulse tuning and essentially the trim function of the ecu with this product to produce a measureable gain.
If you are after induction noise there isn’t much, unlike there is in the mk1 and mk2, you can do without dropping power.
The only real option is https://bbrgti.com/collections/mazda-mx-5-nc/products/bbr-mx-5-nc-individual-throttle-bodies?variant=31925266972774

The pulse tuning was a bit of a con if you read up on it. You need to be very wary of people who reckon to test their own products on their own dynos with outlandish results.

Interesting statement. That could be said for anything. Fuel consumption figures, tyre labels, cars CO 2 figures, BHP, Torque, 0-60 times etc etc. The only real independent thing is the NCAP safety ratings.
Are you saying all independent dyno’s “are fixed for false readings”?
As you have read about it or have the information could you post it on here for us all to read?

The intake pulses which are created by the engine start at the valve in the head and end at the entry to the intake runners in the plenum. That’s a fact, they do not go through the plenum, past the throttle body, down the intake piping, past the MAF and out the front of the car!
If you want to change the characteristics of an engine then you need to change the intake runners (from the entry to each individual one) to the end of it in the engine. By changing shape, CSA and length you will change the power and torque figures.

There are governing bodies which monitor car manufacturers figures and they have to work to certain standards. If they are found to be in breach of the rules they will be fined heavily.
There is no such thing for the aftermarket tuning market so people can (and do) claim whatever the heck they like.
If you took your car around the country to a few different dynos you’d get a different figure on every single one. Fact.
A dyno is a tuning tool, it’s for testing and mapping, it is not a good comparator (from one to another).

Thanks for that and your take and opinion

Just for cross referance this thead has further opinions and measurements.

Page 1 of 2 - Mk3 Induction Kit Test (Standard, Aem, Skuzzle) - posted in Forced Induction & N/A Power Mods: Finally got a quiet afternoon at work , so was able to carry out some back to back tests on a couple of aftermarket induction systems and...

Thanks for that👍
Clive by my understanding is a very well highly regarded tuner/mapper.
So proved the intake does give some benefit and best of the bunch albeit not every ones cup of tea.