There is a continuing issue with the theft of original Mazda factory spec Catalytic Converters fitted to the MK2 and MK2.5 cars. I am getting called on a daily basis and although making money out of the situation, not at all happy and would like to assist in stopping this.
It is not just the inconvenience of an undriveable car, there have been physical threats made and damage caused when these low lifes are challenged. Sometime its is just the cat that is effected so a replacement cures the issue but often, particularly on the MK2.5 an entire replacement exhaust system will be required.
My advice to anyone with a MK2/MK2.5 car is to firstly check that you have an original cat. If yours is an aftermarket replacement, type approved or not, the thieves are CURRENTLY not interested. If you have an original cat, get it replaced with an aftermarket part as soon as possible. There are lots of pictures of original parts on the internet; they are quite distinctive and unlike their aftermarket replacements in appearance. Sell the original cat yourself for good money. Lots of people paying high money for these and some even arrange collection so very easy to organise.
This problem is not going away as the ease of high financial reward for very little effort and virtually zero chance of being appropriately dealt with is so tempting. I would imagine most MK2/MK2.5 cars are marked for theft, so get yours unmarked as soon as possible.

I sometimes wonder at the floorpan damage incurred by speed-jacking as well.
Going rate seems to be circa £400.00 + as it’s the Rare Earth palladium they want…or so I was informed.
https://www.bbc.co.uk/news/business-51171391.
I suppose another alternative is to replace with a cheapy and stick the OEM one in the loft!

Thanks for the heads up, I have heard of a few being done recently. I suppose that nowadays with cordless tools being really very good it is something that can be done in just a few minutes. A few years ago it would have been hard work.

It seems that there are quite a few cats from the period 1998 - 2005 or so that have an excess of these materials. Quite a few of these are fitted to Japanese cars. Perhaps the cores were dipped at that time rather than more cost efficient electroplating. In terms of the catalytic effect, logic tells me that it would only be the top molecule of coating that had any possibility of acting as a catalyst, so the early cats were overkill coated when the materials were much, much cheaper.

It is also worth bearing in mind that it isn’t just the pond life scum that crawl under your car who are trying to rip you off. Many a mk2/2.5 has been sent for a couple of hundred quid scrap value after major mot rust failure, these guys don’t even have to bother crawling under your car to rip you off.

Pretty sure the Rover 45/ Honda Civic (same vehicle) has valuable cats.
My neighbours got his stolen, his car is probably only worth £300 to another driver yet 4 guys turned up in a van with an angle grinded and removed it. Plod turned up about 20 minutes after.

Although it’s unlikely I’d like to check whether the catalytic converter on my 2003 Sport is original. Might anyone know, please, whether the part number is stamped into the top face or the bottom face of the converter?
In other words do I or do I not need to take the converter off to check it?
Many thanks for any guidance.

Sorry, I don’t know for sure, but the serial number on the cat of my 99 Mk2 (Different cat I think) was stamped vertically on the flat edge of the casing, I didn’t find it until I’d removed it from the car and it’s now sold, so not sure if it was on the top or bottom face. Anyway if you don’t get a definitive answer it may be worth rubbing some wire wool around the edge of the casing, you may be lucky and find the number on the bottom face. 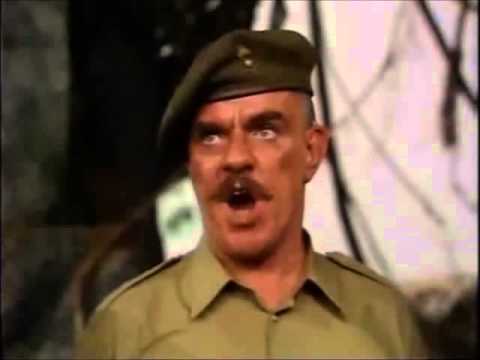 One less in the gene pool.

Hi rhino666
Thank you for your post - I am hoping you can help me.
Sad to say that I found my way to this forum and your post after discovering my cc has been sawn off my poor blue MX5 (we found this out just before taking her to her MOT). She is a Japanese import from 2001. Mark 2, 1.8 litre engine. Garages are saying it’s really hard to get the part - they were sympathetic and one was talking about importing it from Japan costing over £1k and taking two months. He did say off the record that there are cheaper ‘sports fabricated’ ones that will work, but one has to talk to the dealer direct. Feel pretty lost in this and could use some advice. It’s almost seeming cheaper to scrap her (as already needed work and really worried about it happening again), but I’m so fond of her and she has very few miles on the clock. So I guess I’m asking a few things - can I source a reliable cc outside of Japan? How can I stop it happening again? A friend suggested a marine grade steel plate, stickers and an anti tilt alarm (and on the latter, any idea how this is powered? The immobiliser on the car already drains the battery). What’s your opinion on any of this? MANY THANKS in advance. <3

We are having a spate of thefts in this area , they seem to be targeting Hondas, I know of two Honda Jazz’s and a CRV that have had theirs stolen.

Not sure if I am sold on this idea, they will just grind a square out of this guard and then you lose an additional £150 in the process.

If the national news is anything to go by it’s ALL models of ALL makes that are being targeted and numbers have rocketed over the lockdown period. Any car in an open parking situation (road, driveway, carpark etc.) are at risk!