Very first official press review, and they like it… And the next one…

Next one, this time from Autocar…

I can never get these links to display first time>!

I can never get these links to display first time>!

You have to change the URL from https:// to http:// and it’s best to get rid of the end bit (&list=PLCDxtKM_aq35QF5lvegwuL1wzfIzkpBSn)

Of course none of these mags/reviewers gain megabucks from the advertising budgets of manufacturers/marketing departments!! Let’s wait until us real guys/girls try it and express our opinions.

Given Mazda’s track record with the MX-5, and the fact that the car has become smaller and lighter, the Mark 4 is surely likely to be a corker of a car…

Of course non of these mags/reviewers gain megabucks from the advertising budgets of manufacturers/marketing departments!! Let’s wait until us real guys/girls try it and express our opinions.

Very true of course, and when we finally get a chance to have a go we’ll start a new thread just for that…

There is probably the only review of the 2.0 model in STHT; ok, not exactly a review, and not unbiased, but it gives a flavour of the differences. Question remains as to whether Europe will receive the same 2.0 as the US. Japan won’t get the 2.0. Reportedly, 2.0 cars are heavier, but this is offset on US cars by deletion of popup bonnet. So, will Europe only get a high compression version of the 2.0? I don’t think so, because in numbers, this car will always be a pretty small seller. And I’m not sure there is that much commonality of parts between the ND engine and the 2.0 used in the Mazda3. 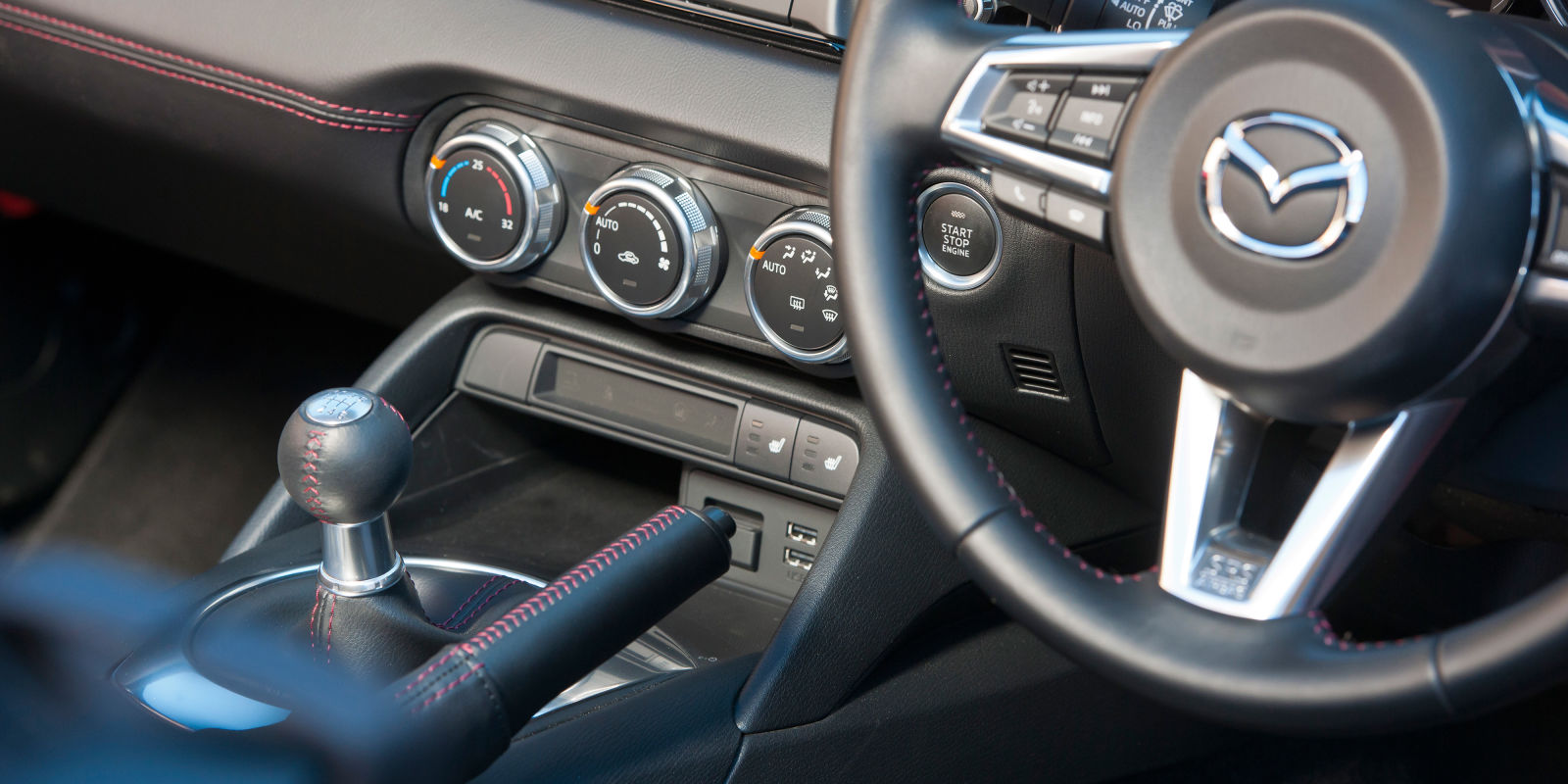 I think one of the show cars; note use of grained plastic, whereas the reproduction cars that were tested this week have lots of smooth plastic

Just come across this, supposed to be a leak, I wonder…

From Goodwood Road and Racing

Im seriously tempted by this
Its definately on the list…in red!!

If those colours are true then there will be an extra cost for all of them except bright yellow - how very nice of them. No longer a brilliant black without the surcharge.

Interesting colour not in that line-up (which might not be a leak, more possibly photoshopped speculation)

What does the “i-stop” button do?

What does the “i-stop” button do?