this was the morning of collection ,

after handing over my money i took it a longer run , maybe 6-7 miles to see how it drove before heading home to start tinkering …

There are some jobs that need doing ,
the temp gauge is only moving 1/4 up the dial so needs a thermostat

( any links to the part or doing job would be great ).
i’ve not changed thermostat on mk3 before .

the roof has some mould marks to remove .

but so far i’m a happy bunny

first job was the engine bay… 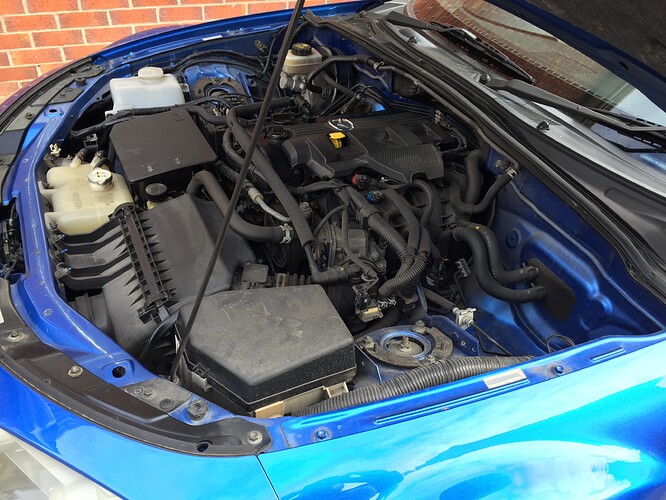 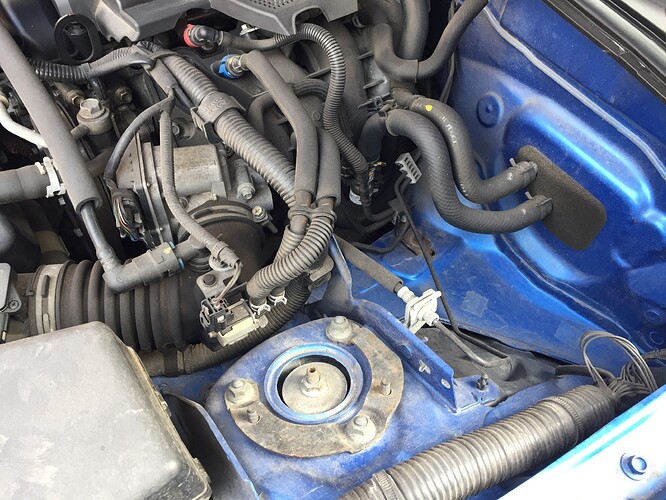 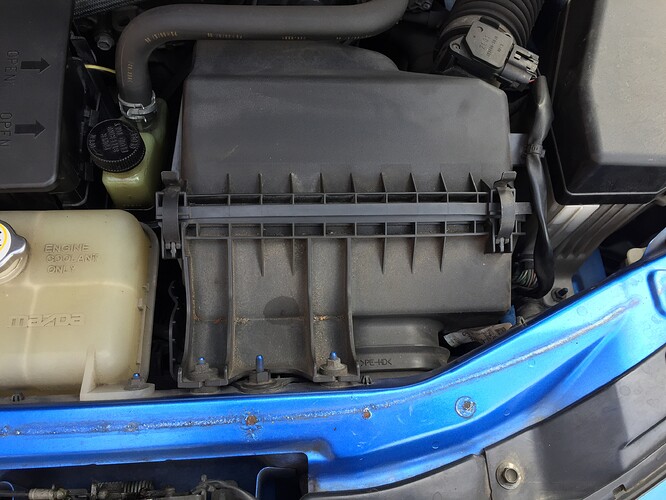 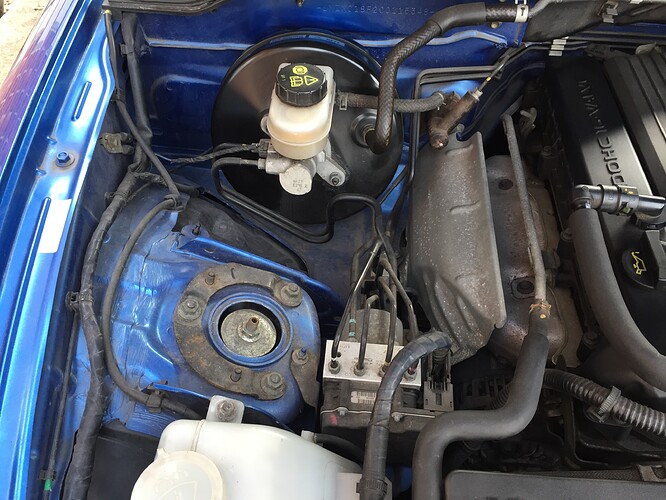 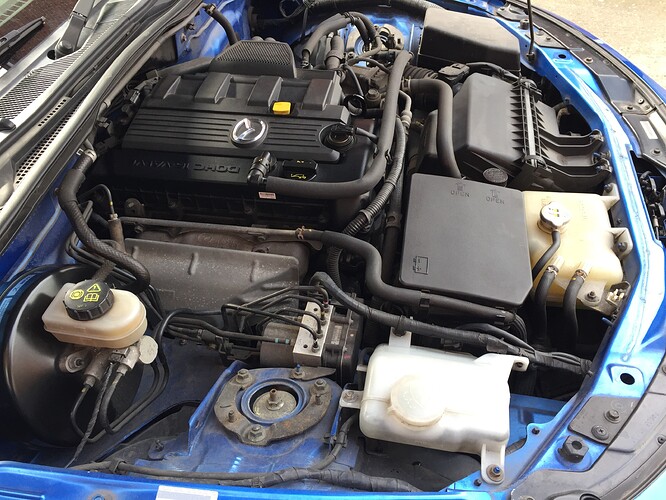 this was sprayed with “elbow grease”, a cheap degreaser (£1bottle ) 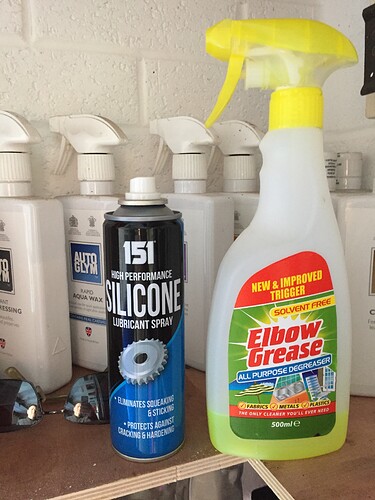 left to stand 5 mins , then agitated with a brush in all crevices .
then washed off with jet wash on low pressure ( being very careful around electrics )

I dried off the engine and dressed it with silicone spray …job done !!! 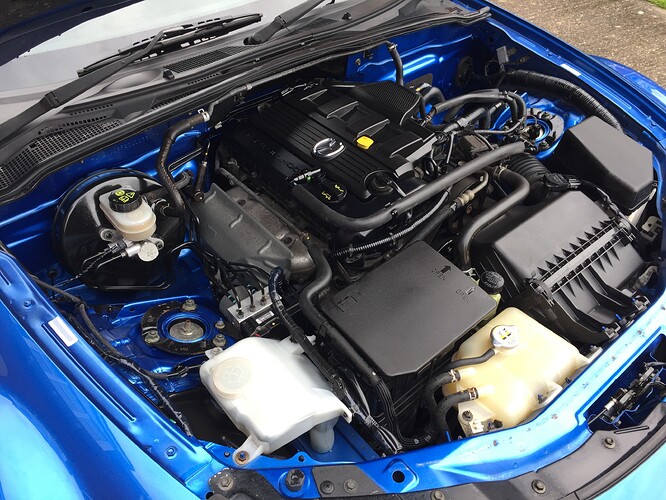 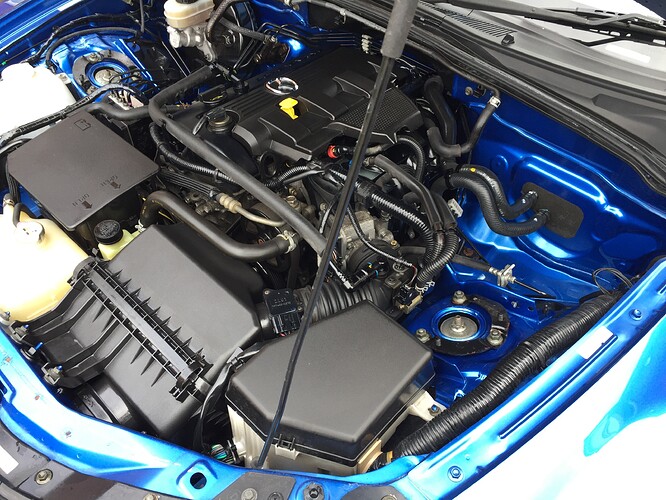 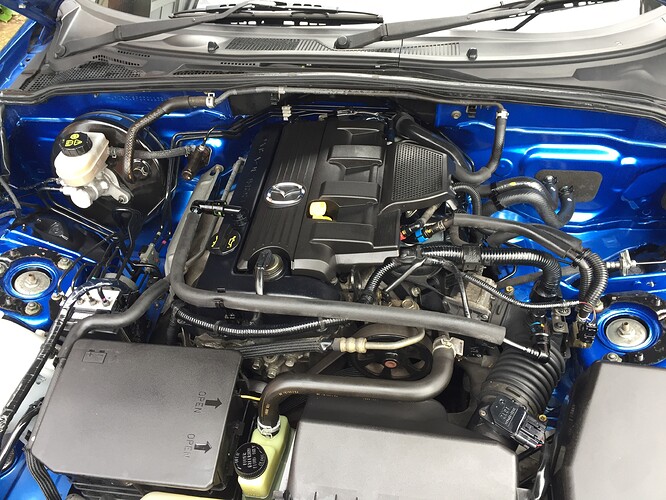 heres how she looked after being with me for 60 mins

Looks like new! great job - very satisfying I am sure…

after the bay was sorted i turned to the bodywork

applied TFR all over bodywork , again rinsed off .

applied quick detailer and buffed up

then a cheeky drive to take daughter to work ,
stopped off for quick pic , 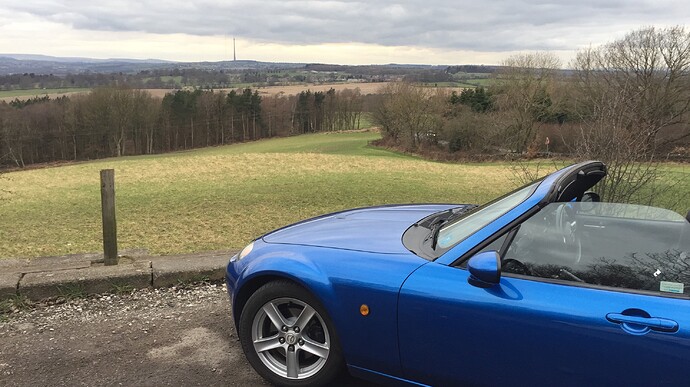 its coming along nice

Glad you finally got another MX5 - looks great and love the colour.

I’ve started on your shopping list.
Clear side indicators.

Or maybe even smoked but agreed that orange doesn’t go with that vibrant blue. Good call.

I use the elbow grease in the kitchen, after 5 mins it really does disolve any grease, never would have thought to give the engine bay a go with it, good tip.

removed both seats so i could vac and shampoo carpets , then wet vac .
all plastics wiped down inc’ dash . 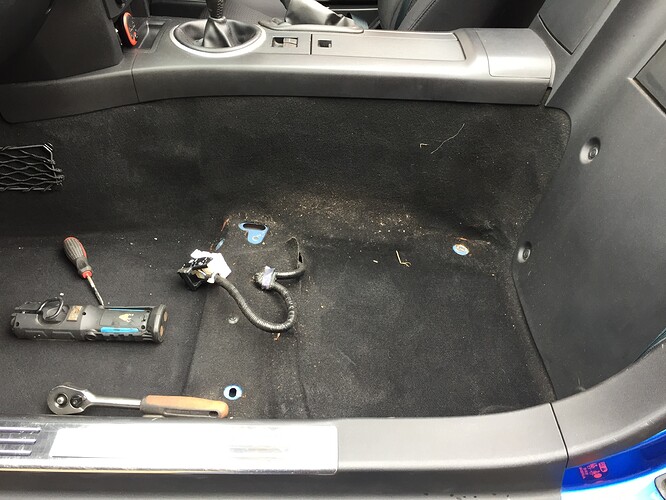 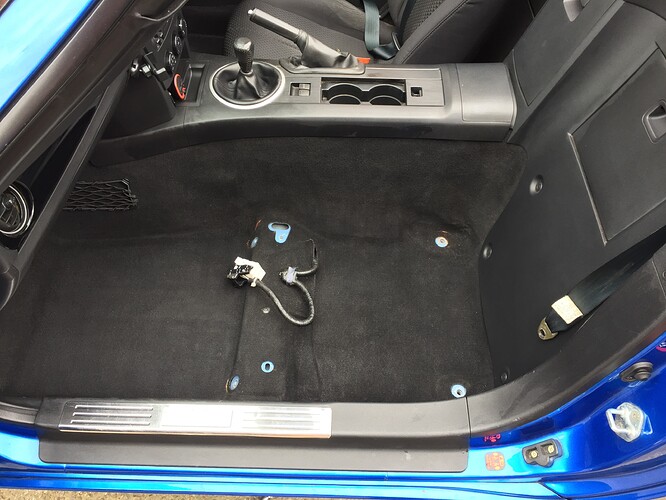 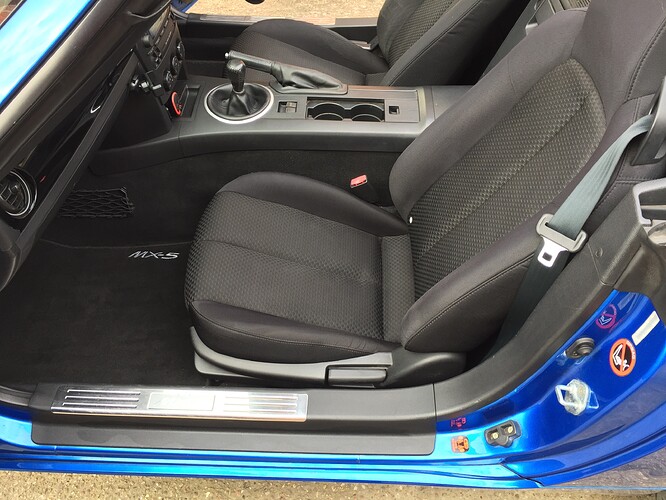 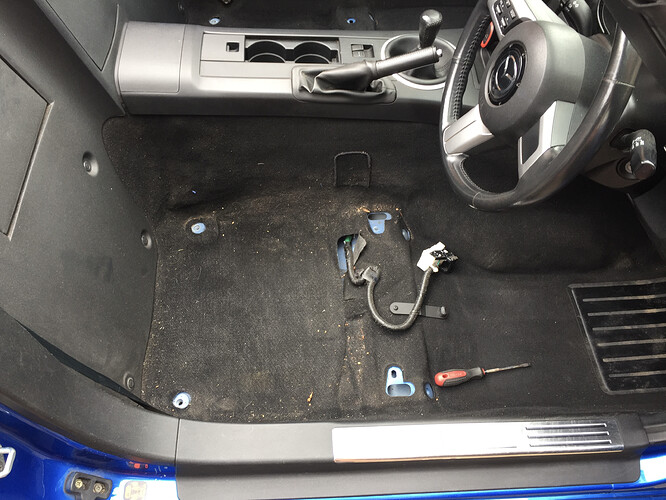 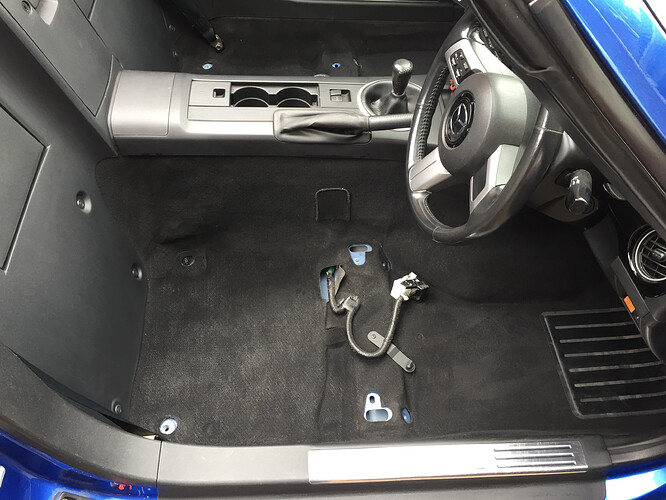 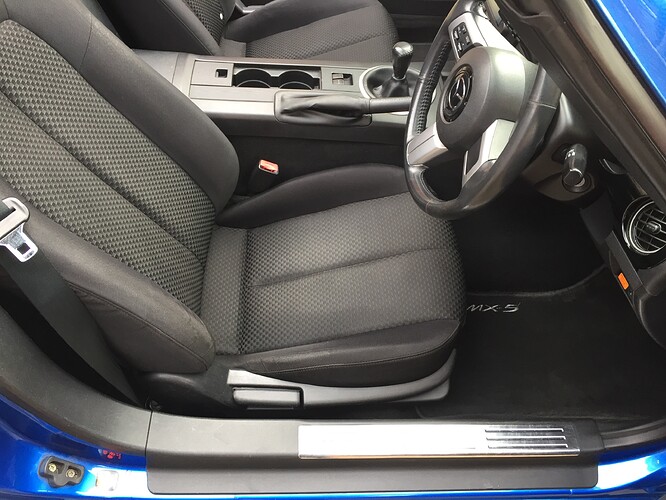 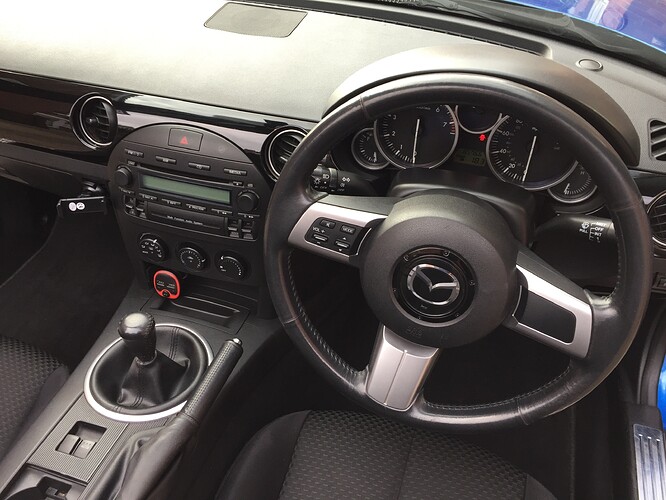 both seats treated with valeting foam, scrubbed with a brush then done over with the wet vac …

Wet vacs are magic.
They’re also excellent for extracting wet and muck out of the roof drains from UNDER the car. - Phtoomphut!

If you are looking for another Winning Blue to do when yours is finished, mines available. Great job.

Good to see no driver’s offside bolster rips as well.
Bonus.
This seems to be a bliddy good example.

Fantastic progress so far, the difference on that engine bay is literally night and day… great looking car for not a lot of money!

Done a stunning job with the engine bay!

You certainly been a busy little bee, cracking motor !

as mentioned previously , my thermostat was only moving a quarter of the way on the temperature gauge , sometimes less .

so i eventually got a new 'stat , thanks to Dave (spelio ).

and set about fitting it tonight . 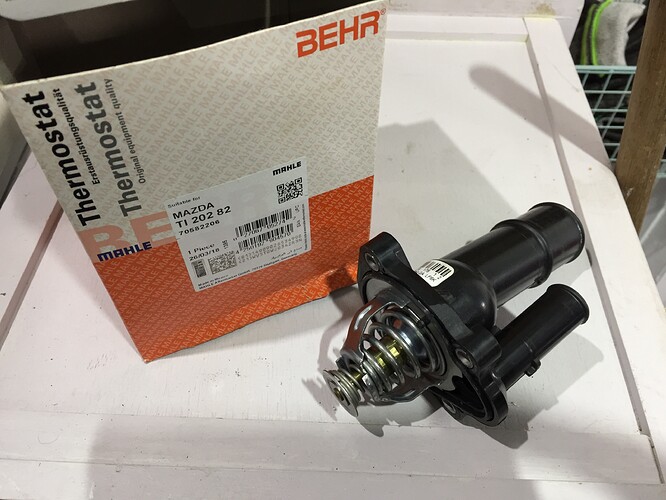 first drain the radiator , via a plastic plug underneath the car . 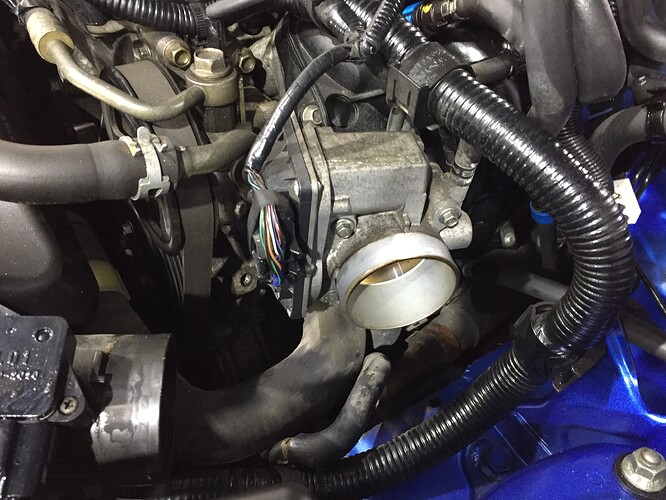 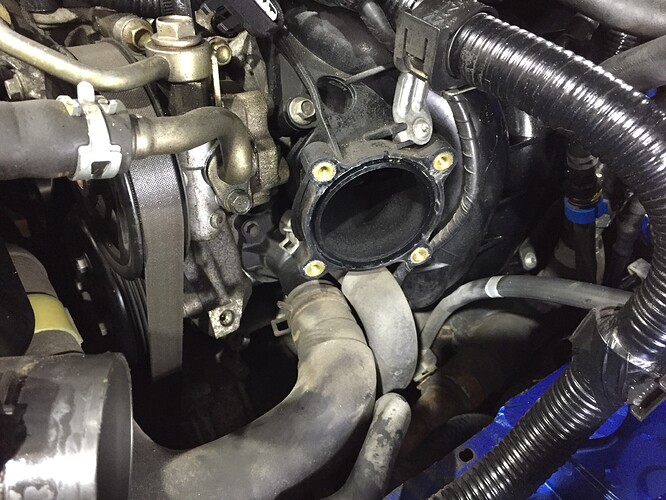 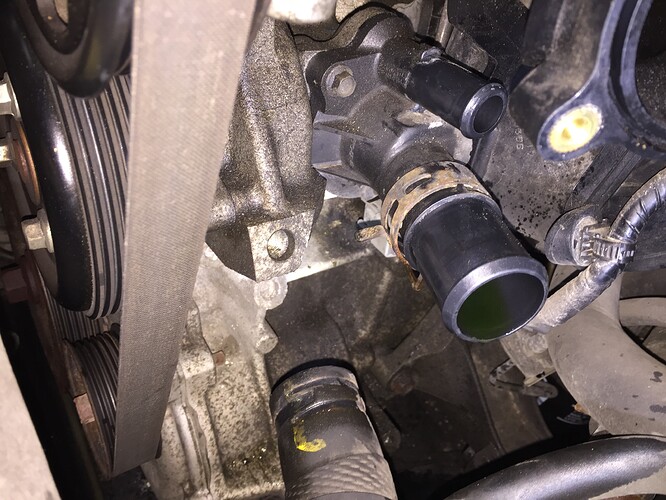 3 bolts holding it in , very tricky …here’s a selection of tools i found a big help . 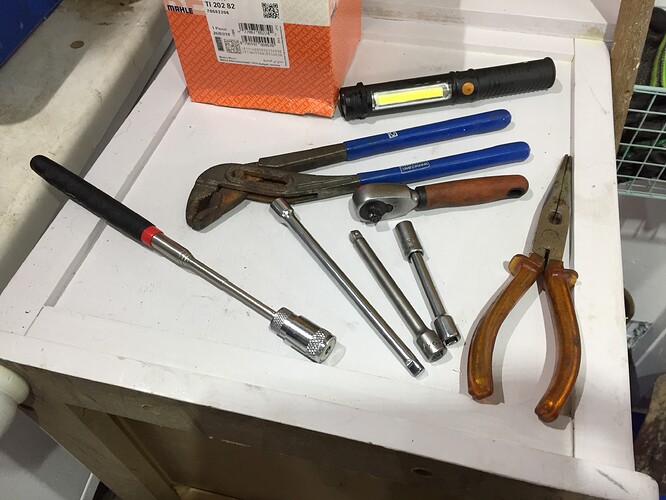 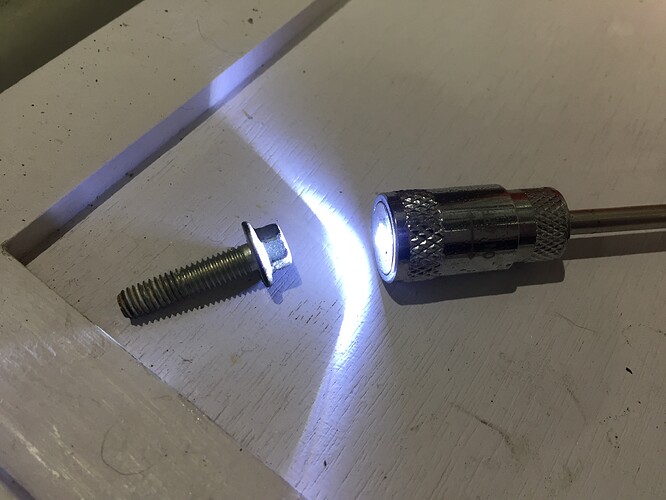 once the 'stat is off , the fitting is just the reverse … just take your time

the most difficult thing i found was to get the hose clip back on the BIG hose on the 'stat , just because its limited access and angle of attack 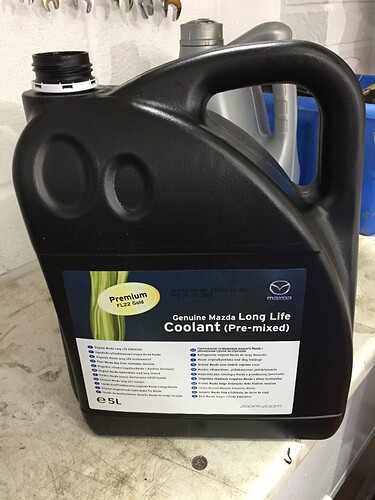 the temp gauge is now showing normal and the engine is idling at 800 RPM instead of 900 RPM. 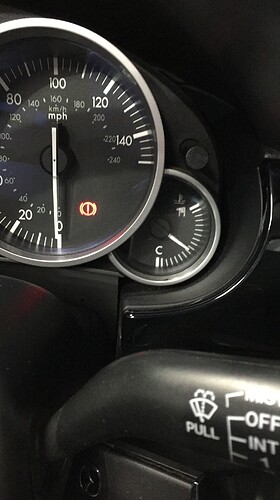 air BLEEDING took some doing , did usual of raising the front end on ramps and running it for 30 mins but ended up taking it a steady run and it sorted itself out ,its like a sauna now in the cabin