I swapped over the rubber boot on the top of my 70k mile NC 6 speed today with new parts from MX5PARTS. The old one was somewhat worn and split.

When I took it off there was a load of gunk, worn old rubber ‘dust’ everywhere, so I undid the three bolts that allowed the gear lever assembly to lift out so I could give it a clean.

When clean it was obvious that the rubbing surfaces on the left to right limit plate was pretty worn on the left side. So when changing from first to second, the plate on the lever runs over a notchy worn side plate. I should have taken a picture, but if you have been in there you will understand what I mean.

I could not see a replacement part on MX5PARTS, and if it had not been raining I might have taken my time and tried to polish the surfaces up, but that would not have cured the wear.

My gearbox when cold is not great changing 1st to 2nd. 3rd to 2nd isn’t great either. The rest of the changes are OK. When warmed up, everything is fine. I understand this is pretty common with the six speed.

Now the question… has anyone changed the rubbing limit location surfaces? If so, where did you get the parts? And did it magically improve the shifting?

Hi after reading endless threads on difficulty on 1st 2nd gear changes,just come across this thread on the Miata site particularly the bit about reverse lockout plate.Just wondered if anyone changed this part to any success Read post #20 https://forum.miata.net/vb/showthread.php?t=715639

The plate referenced in this topic?

Know anywhere I can get one, or do I need to get some vaseline ready and go and visit the dealer.

Thanks for your help again.

MX5parts will be able to get you one.

Thanks. I just messaged them. Also see them on US websites around $25 to $30, so will get one from there if necessary.

My gearbox is perfectly liveable with. But as pointed out in the linked thread, if I test drove a new car like that, I would never buy one. If a £20 part transforms it. Winner winner chicken dinner

Dont forget to change the turret oil while you are there.
Also if you use 50/50 mix of Redline Lightweight Shockproof and MT90 it apparently improves The shifts no end.
I did the change myself yesterday but mine is a 5 speed and not so affected but I can say it has made changes silky smooth.

Turret oil in the six speed is fed from the tranny, no separate oil bath.

Currently on Castrol, but may consider another oil on the next change.

My car is absolutely fine when warm, but first few miles are not slick. Also aware that every clunky change is one less change left before the box is scrap.

Please keep us updated with developments McTrucky. I struggle with 1st and 2nd and so am keen to read of anything that makes things better (tried and returned the brass collar enhancement…).

"Turret oil in the six speed is fed from the tranny, no separate oil bath"

It’s not fed from the gear box and it has a small well that holds oil.

" Turret oil in the six speed is fed from the tranny, no separate oil bath"

It’s not fed from the gear box and it has a small well that holds oil.

Are you sure about that? I thought the 6 speed turret on both NB and NC were lubricated from the gearbox.

OK thanks for that. Every day is a school day.
Mine was certainly not filled with oil, no oil in sight, but surfaces were wet.
Now read a bunch of argumentative posts on this subject elsewhere; but my conclusion is I will open it up again and put some oil in there. Can’t do any harm.

You’re not on your own, I probably read the same discussions and finally someone confirmed they do take a small amount of oil, so I stuck some in.
Put some grease around the top swivel point too (ball) white lithium grease.

I have seen the ‘grease the ball’ and fill with oil suggestions. But will the grease not disolve in oil. And as the oil will migrate through shafts/links will the migration of grease infused oil cause any oil contamination issues in the box?
I appreciate we are not talking vast quantities of grease.

The part, the reverse locout plate is available form MX5 parts now, they have just ordered me one, but will take a couple of weeks for them to receive then ship to me. Cost was £19 including delivery.

I will update here after it is installed in a couple of weeks, but a it is under £20, and there is lead time I guess you might want to take a punt on it and try one regardless. If so, I have pasted order instructions below:

"Yes, we can supply that part. It’s not a stock item, but we can get it from Mazda usually within 14 days as long as they have the part in stock.

The part isn’t on our website, so to order it please call us on 02392 644588 and ask for the part number above. Once your order is placed with us, we’ll order it from Mazda and post it to you when it arrives here."

Never the two will or should meet if you use the correct grease.

Will use some lithium grease. Logically Moly grease would be better as it is constant contact, but I am thinking about possible contamination of the sychromesh, so will lube lightly with some general purpose lithium grease and pop some gear oil in at the same time.
If the oil doesn’t immediately drain away down worn linkages I will suck it all out again as a bit of a flush, and then put some fresh in.

Thanks for the info, McTrucky - part ordered

Replacement part arrived today from MX5parts.
With a new one available for reference it is clear to see the wear on the current item once it has been removed.
From “above”: 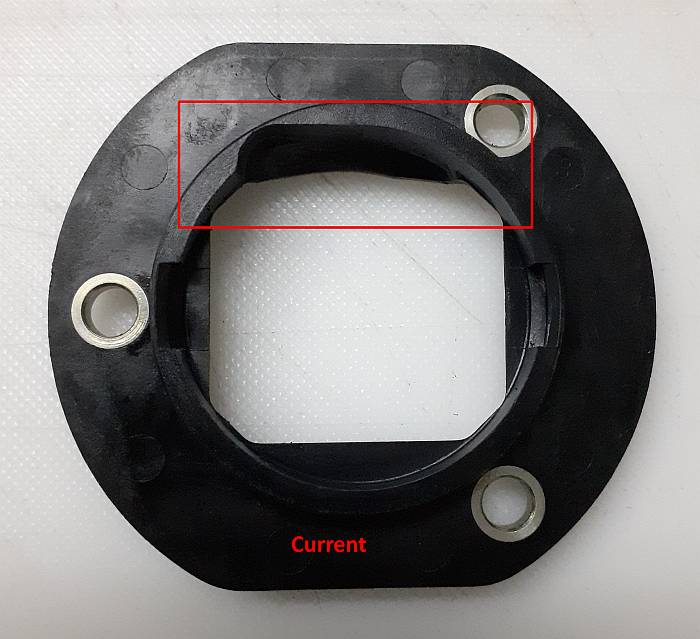 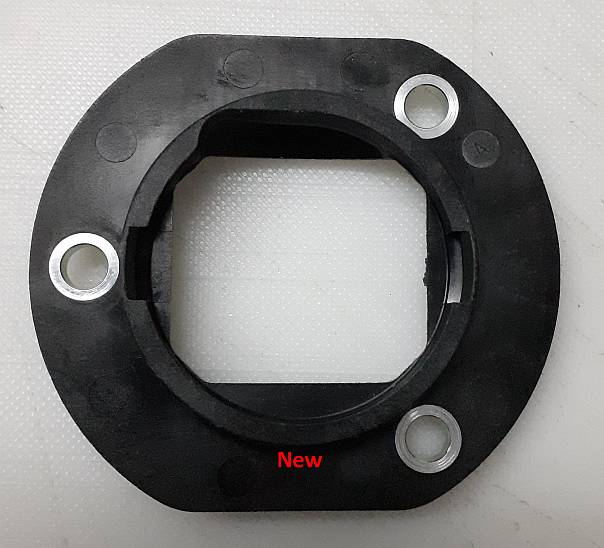 The “current” is now the “previous” part

It is raining and I have no desire to take it out this evening, but just sitting in the garage and running through the box whilst making “vroom vroom” noises it is clear that the accuracy and of the 1 and 2nd gearchanges is greatly improved; the gearbox is still slightly warm as my wife used the car to go to work today, but my provisional assessment is that this could well be the best £20 I have ever spent.

My thanks to McTrucky for posting all the info to make it easy to travel on his coat tails.

Do you have the Mazda part number to hand as it may well help others to source in future?
Thanks